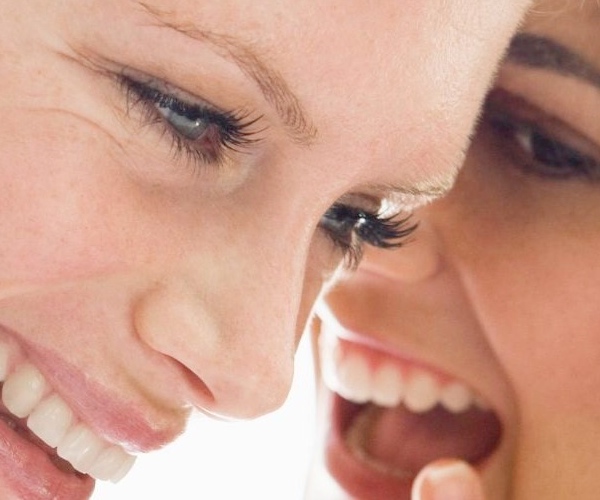 When you think social media you think openness, inclusive communities and platforms that know no boundaries. You think Facebook – that is open to anyone and has, I believe, gone a long way to creating more a more equal playing field for communication and information. But are we starting to reach a point where we’re looking for more personal networks, smaller and more closed communities and exclusivity? It’s easy to forget that exclusivity was the very premise that Facebook was borne out of – initially only being available in Ivy League colleges, before extending to all colleges, and eventually everyone. Is the centre of any social network the personal network and is this something we’re starting to seek? The new plaything among techies is Path, which has been written about and used widely since early November. It is a social network that is based on intimate communities. Self-labelled the ‘personal network’, it allows you to share your photos with only 50 of your closest friends, giving you more control over your content and more security in who you’re sharing your content with. In their own words ‘Path is a place where you can be yourself’. So why is it being lapped up so readily? The first reason is obvious. If you tell someone they can’t have something, they will want it. If you’re not part of someone’s circle of 50 – then you get Path and create your own. It also forces us to really evaluate our connections online. When someone comes along and puts a number on it, then you really have to think about who you value as more important, at least for this platform. As Louis Gray notes – if you go over 50, then you have to drop someone. And they notice it. It is also even more exclusionary through the fact it’s only available on iPhones.

A lot has been written about Path for its very central concept. It has done something so simple yet at the same time completely turned social media on its head. It goes against everything it’s supposed to be, but maybe in doing so it has uncovered a whole new trend in personal networking online. It goes much further beyond the privacy aspect, of being able to control who sees your content. It is allowing us to play King or Queen by choosing our community of 50. But it is also addressing another awkward problem with social media – managing your content. You can only consume so much content and by enforcing a limit that we would hardly ever impose ourselves, Path has ensured that your experience with them is relevant, enjoyable and manageable. And so you will come back again and again. Absolute genius.

What’s interesting to note is that Facebook themselves are exploring the personal network concept through new products. With the creation of their new Groups, they essentially enabled people to build communities within communities. They saw a clear need for people to manage their content and connections online and provided a facility for this. Oddly, this may have been a self-fulfilling prophecy. In creating an open network, it was inevitable that people would get Friend happy and the value in the service would decrease. While Facebook have kept many of the elements of being openly social – such as being able to add any of your friends into a group, essentially they are creating personal networks where you can share content only with those closest to you. And many features are inherently personal, with information being only visible to those that have been invited into the group. Interestingly though, Facebook didn’t enforce a limit of the members of a group, so it’ll be interesting to see over the next few months how these grow and are used.

The idea of a closed community is by no means new. But what we’re seeing is different to this. It’s the growth of personal networks, where the connections that you built are more controlled, more relevant to you and crucially more centred around you. It is an attempt to find the method in the madness of the huge communities we’ve built online. While many people spend time properly optimising tools such as Tweetdeck to enable them to manage thousands of connections – this is altogether a different experience of Twitter than people who choose to follow only a handful of people. Both important forms of communication and both have their merits, but they are completely different. And right now what we’re seeing is a rise in people looking for these more intimate, personal networks.

How many friends can we have?

According to Robin Dunbar, an anthropologist, the human brain can manage social groups that have connections of around 150. In 2009 Facebook reported that the average number of friends a user had was 120, so this limit wasn’t even being hit. But what Robin Dunbar couldn’t have foreseen was the amount of content that you would consume from these communities. With frequency of posting being cited as the number one reason for unfollowing someone on Twitter, it would seem that our limits are not in the amount of people that we’re friends with, but how much content we can consume before that relationship begins to lose its value. Content may be the biggest driver for personal networks, as we seek to control our own time spent consuming content, and maximise the value we get out of our communities.

Could the novelty wear off?

The danger with a concept such as Path’s, is that the shine could eventually come off. What remains to be seen is whether Path is so popular because the concept that it’s offering is needed, or it’s just something that we want because it’s different. Essentially, do we want to limit our communities so they are sustainable, or is it just fun to pick 50 friends? If it’s the latter, then Path may just become a novelty that people tire of. The concept is by no means proven and it will take a while before we can know if this is the new trend among networking. Though Facebook may have been exclusionary at first, it served a main, useful purpose to connect with people in new ways. It wasn’t a novelty because it was adding something to our lives. If Path have just put a number there to have a number, then it won’t work in the long run. Personally, I think they might be onto something.

The next big thing may just be personal. We’ve certainly seen lots of companies come along to try and be the next social network and ultimately fail because what they inevitably do is try and recreate Facebook without offering anything different. Path may just have found that important niche. And if you look at how closely it resembles Facebook’s early model – being based on exclusivity, there could be big things in store both for Path, and the growth of personal networks.