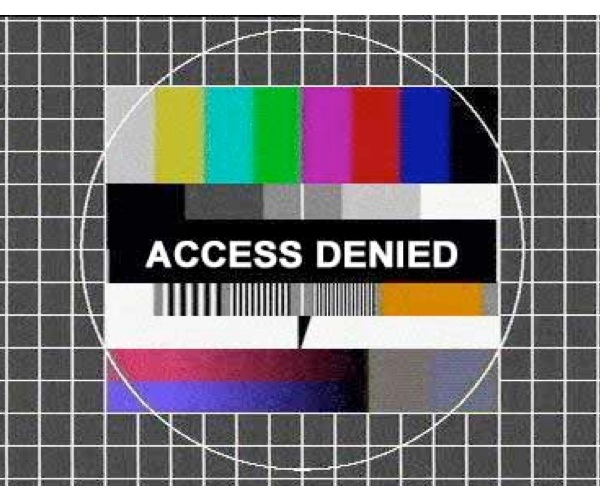 Much has been written about Facebook’s status as the world’s preeminent social network. And whilst there are some notable holes in its international armoury – such as Brazil and Russia where other social networks hold fort – Zucker & Co. doesn’t always have full control over where it can conquer.

The recent, albeit short lived, Facebook ban in Saudi Arabia served as a timely reminder that free speech simply doesn’t exist in some parts of the world. No information was revealed as to why the ban was implemented in the first place other than Facebook had ‘crossed a line‘ (according to an anonymous source), and similarly, no reason was given as to why access was opened again.

Whenever Facebook falls victim to a country’s censorious regime much is written about it, but not quite so much is written when such bans are lifted. And some countries introduce bans sporadically, hence it can be difficult to keep tabs on which countries permit access and which don’t.

Bangladesh banned Facebook in May 2010 following the publication of satirical images of the prophet Muhammad on the social networking site. The so called ‘social sanction’ lasted a mere week.

Not long before that, Pakistan had forbidden Facebook too, on the back of an ‘Everybody Draw Muhammad Day’ campaign launched by some members of the network. Two months later the ban was lifted.

Syria is an often cited example of an ‘enemy of the Internet’, and it’s easy to see why. Facebook has been officially banned in Syria since 2007, but obstacles such as the Government-erected firewall are easily circumvented in Internet cafes across the country. And according to Alexa ranking figures, Facebook receives the 8th highest number of visits in Syria – not bad for a website that’s supposedly banned. Good old proxy servers, eh?

Vietnam has supposedly been refusing users access to Facebook since late 2009. But given that Facebook is seeking inroads into Vietnam via a local Policy & Growth Manager, this is questionable. The only official confirmation of this ban has been a deafening silence from the government on the subject. Oh, and a leaked circular purportedly from the government that stipulated Facebook should be banned.

Throw into the equation that Facebook’s Alexa ranking in Vietnam is number 6 and it seems that any ban isn’t taken all that seriously, despite the apparent compliance of many ISPs.

Iran, contrary to popular opinion, doesn’t officially ban Facebook. Its history of banning the site has been rather turbulent, however. Facebook had very limited access in Iran from at least 2007, but the ban seemed to have been lifted some time after that. A ban was reintroduced prior to the 2009 elections, but was then lifted again a few days later following criticism. At the time, 150,000 Iranians were members of Facebook.

This isn’t to say Iran is the Internet’s best friend, however. In early 2010, a list of banned websites was published in several local newspapers, which stated that sites such as BBC and Badoo weren’t to be used. And anyone found guilty of using such websites could face a long stint behind bars.

China, it’s safe to say, does ban Facebook. Although a hundred thousand users are filtering through the cracks in the great firewall of China though. But that’s paltry, from a population of 1.3 billion people, in a country that Mark Zuckerberg would so dearly love to get involved with.

Very little reliable data exists with anything relating to North Korea, but it’s safe to say that Kim Jong-il doesn’t permit access to Facebook, or any website for that matter.

Read next: Twitter narrowly beats out munchable chili oil in survey of products hot in Japan