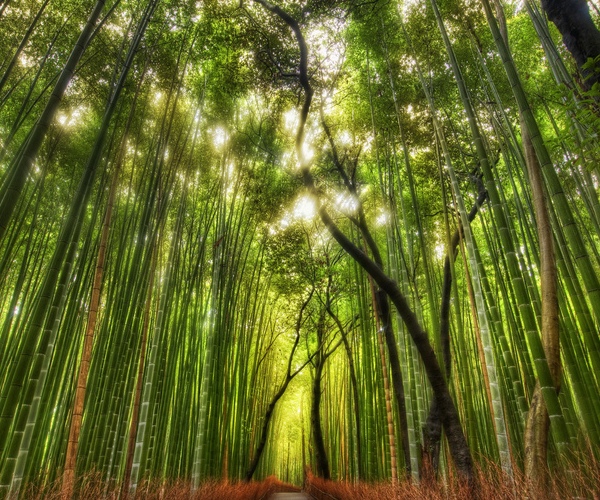 If you’re a small business, particularly if you’re just starting out, Tweeting might not be very high on your priority list. Balancing the books, hiring new employees, and gaining new customers is fairly more consuming.

But engaging with social media is important to stay relevant because it’s where your customers are; they’re Facebooking, they’re Tweeting and they’re sharing photos on Flickr, Instagram and Path. (They’re definitely not MySpacing.)

1. Setting up your Twitter profile is about personal branding. Choose a great photo; one that will be highly memorable in its tiny Twitter-form. Monochrome, simple images that you use for other social networks work best. If your full company name is available, grab it. Avoid the ‘_’ character because it’s easy for people to forget, especially while working at Twitter-speed. If your company name is gone, be creative. Try reversing the order like BowlBrooklyn or adding a nickname like SammyAdams or a number like Magnolia212. Just remember on Twitter, your username is your identity. For location, you have 30 characters to spell it out. Don’t be too cute like “The Internet,” because in most cases, you want people to find you. If you are an actual retail shop or local restaurant, be as exact as you can. Enter your website, preferably your company’s website or blog. Lastly, your 160-character Twitter bio is incredibly important because it’s what people read when they ask themselves, “Why do I want to follow this person?” @KissMyBundt in Los Angeles may have a slightly eyebrow raising name, but they make up for it with their bio, which is short, sweet and informative: “A Los Angeles-based bakery specializing in DELICIOUS Made-from-scratch bundt cakes. (323)655.0559.” (Yes, that is bacon on the Bundt cake.)

2. Follow People. This is the first type of relationship on Twitter. It’s important to follow relevant people, industry influencers and global thinkers who will help you keep abreast of the news and learn more about the Twitter community you are about to enter. Trada, a company we’ve written about before, is helping to shape the online advertising community by allowing an advertiser to advertise on all three major search engines with 1 click. On Twitter, Trada follows over 2,000 people including a wide range of marketing consultants, Internet marketers, entrepreneurs, CEOs, and interactive Jedis. So Trada follows a great list of people, relevant to their company’s pursuits and engages with these people by re-tweeting and mentioning their tweets. And it looks like it works as Trada has also garnered over 2,000 followers.

3. Get Followers. This is the second type of relationship on Twitter. People will follow you for a variety of reasons. Some will follow you because they believe you are an interesting source of information. Namu Restaurant in San Francisco recently tweeted, “Well written short read about our modern food system. http://fb.me/BeLRlE89,” which works because the tweet is both informative and shows their followers that the “mod-cali” restaurant really cares about our modern food system.

Others will follow you because they like you, even though they might not really know you. Unlike Facebook pages which feel like you are interacting with a brand, Twitter allows you to show off your personality in a more intimate way. Tweet honestly. For example, NYC’s seafood restaurant Luke’s Lobster tweeted today, “Happy Monday, we’ve got a short workweek ahead! Excited for some turkey and football (and yes, some lobster, too)!!” This is great because it relates to their customers, who get excited about turkey, football and short workweeks too.

4. Get Retweeted (Essentially to gain more followers). Curate your tweets. Tweet great content, always. Tweet quotes. Tweet delicious, yummy restaurant specials. Tweet events that pertain to your business. Be interesting. Be creative and pithy. Do not tweet when you’ve got a bad hangover (unless you own an awesome bar and threw a huge party). Give stuff away! @Metropolisbooks, a book store in downtown Los Angeles tweeted this morning, “Don’t forget we also have Gift Certificates in any amount starting at $10.00 http://fb.me/HNVyqK9H” People love free stuff and they will re-tweet your offers and then people who want $10 gift certificates to their local book store will start following. Lastly, be funny! (LOL funny is fine, ROTFL is excellent.) According to Cassie Rice, the COO of Socialblaze, a social media analytics system, the tweets that receive the most engagement involve humor or photos.

5. Make Great Connections. This is the third type of relationship on Twitter; when you are following someone who follows you back, it is a mutual follow if you will. Support your connections. San Francisco’s Namu Restaurant does a great job at this by re-tweeting photos posted by people in their industry, like Chef Dennis H Lee. “RT @DennisHLee http://plixi.com/p/56230664 and we thought we chopped a lot of green onions @namusf!” Always try to engage in conversation with your connections on Twitter. This week I started following @bluebottlenyc, which brews– hands down– the best coffee in NYC (thanks for the hot tip @JMoran). They recently tweeted, “@ProjectLatte Yes, every Tuesday! Please come join us when you’re free!” Which is great because it builds a relationship with Project Latte, which is as good as an old school meeting over martinis and it shows me that Blue Bottle engages with their community, plus as an added bonus, I now know about Project Latte, a New York City cafe culture guide. Bonus points.

6. Create Customer Evangelists: Free labor! Twitter followers are essentially Facebook fans. And turning them into brand evangelists isn’t that hard to do. First and foremost, you have to deliver a great product. Virgin America, while not a small business, has done this better than any other brand in the world. The company sees approximately 300 to 500 in-flight tweets per day (over half of their flyers carry a laptop on board). Virgin America has over 130,000 followers on Twitter. “Twitter makes us money,” says Virgin America’s VP of Marketing Porter Gale, “We’ve seen our followers recommend our services and close a sale.”

“Virgin America is the ONLY way to travel these days.” [email protected]

“I want to marry Virgin America airlines. I used a touch-screen to order another seltzer water, and a flight attendant brought it right away.”- @LuckyBlog2010

“Just got off the plane in LA. Absurd: I wished the flight would have lasted longer, I enjoyed it so much. Well done Virgin America.”[email protected] Once you’ve got the hang of Twitter, you may soon become addicted like the entire staff of The Next Web. We are, essentially, Twitter evangelists. And Twitter pays off, literally. In fact, about 6 months ago I started following @Zee (who lives 3,400 miles or 5,500 kilometers from me). After seeing his Tweet about a job opening, I sent him a quick @ and e-mail follow-up and now I can thank Twitter (at least in part) for my current role as your East Coast Editor of @TheNextWeb.

And just like in the real world, warm thank-yous and you’re welcomes go a long way. A special thank you to Postling, a social media platform we recently wrote about, for pointing me in the right direction of many of these great Twitter accounts.

Read next: Twitter set to hire European staff in 2011