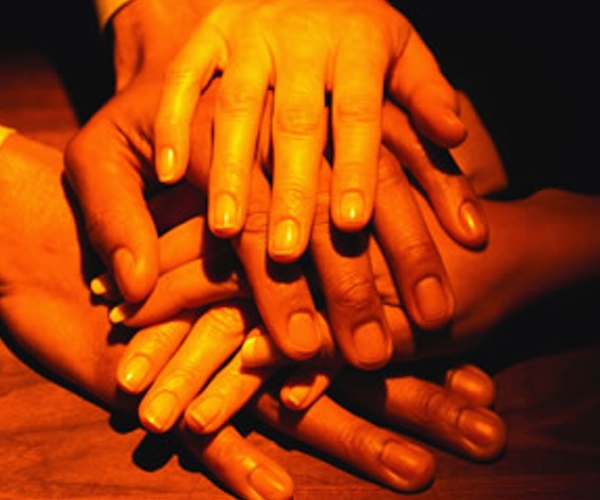 When social media first hit the scene brands hastily built online presences, often with no thought to how they relate, which has created a lot of “space junk” like abandoned Facebook pages and Twitter feeds with no followers. So, what are the things big brands need to consider when they build out their social architecture? How can everything work well together with a minimum amount of fuss? What are the best practices?

Earlier this year, we wrote about everything Starbucks is doing right on the Internet.  While Starbucks has paved the way in many respects, offering up free WiFi in the U.S. (in fact, according to Wired’s Chris Anderson, Starbucks is the biggest Wi-Fi network in the country) and entering into a Digital Network Partnership with Yahoo, we round up 10 more enterprise efforts of charismatic, tech-savvy companies who are gaining large audiences through successful online projects. 1. Avon: a global leader in beauty with an attitude that shouts, “Go Women!” has one of the most fleshed out Facebook pages I’ve ever seen. Liked by a quarter of a million people, the page features a Livestream, information about their foundation, easy sign-up to become an Avon rep and an easy way to find an Avon rep, LotusShield featuring their Flickr page and a constantly updated Wall. They also send out contests on their Twitter page which has over 7,000 followers.

What they do right: Localized content on Facebook. In addition to its main product page, Avon has 16 other pages dedicated to its international branches like Avon Thailand, Avon Peru and Avon KGBC Philippines.

2. Virgin America: I am one of the thousands of VirginAmerica evangelists that Porter Gale, Virgin America‘s VP of Marketing doesn’t have to pay. According to Gale, the company sees approximately 300 to 500 in-flight tweets per day. With such a tech savvy clientele (over half of their flyers carry a laptop on board), Virgin’s marketing initiatives are heavily grounded in social media. “Twitter makes us money,” says Gale, “We’ve seen our followers, whom we consider brand evangelists, recommend our services and close a sale.” Virgin America’s Facebook and Twitter accounts have 75,000 fans and 130,000 followers, respectively. In February 2009, Virgin teamed up with the CBS Early Show to broadcast a live television show via WiFi.

What they do right: They genuinely care and it shows. Virgin America really has made flying good again. Virgin stewardesses monitor tweets during the flight. For example, after a customer tweeted a complaint about his food, the staff immediately remedied the situation and brought him a new meal. Also, fly with Virgin America this Christmas and you’ll receive free WiFi from Google!

3. Conan O’Brien: We recently posted the background on Conan. Since leaving NBC Conan’s “Team Coco” has launched one of the most epic social media campaigns to date. From his blog to live webcams, and the blimp that’s flying around the country with sightings on Filckr, Conan rocks at this game. His Facebook grop, “I’m With Coco” has over one million fans. What he does right: Conan kills it on Twitter. He’s accumulated nearly two million followers since leaving The Tonight Show. He recently allowed Twitter to choose his show’s first guest which scored 4.2 million viewers and included cameo appearances from Larry King, Jon Hamm and others. Yesterday he tweeted, “It feels great to be back. To all my fans: Thank you. You are the reason this happened. Also, now I have to change my Twitter bio. Damn you.” Follow him here.

4. Gap: While Gap fell on its face with the horrible logo re-design it has come to its senses in a number of ways. Firstly, it’s switched back to the old logo. Secondly, it’s been all over social media like white on rice. In September we reported that Gap ran an offer with Groupon, offering users the chance to purchase a $50 giftcard for $25. This earned them $11 million in revenue. Facebook was also an early adopter of Foursquare deals. I found this out when I checked into Gap 6 months ago and received 25% off my purchase.

What they do right: Facebook Deals FTW. Piggybacking off of Facebook’s huge Places and Deals announcement, without a dollar spent on advertising, everyone and their mom heard that Gap decided to give away 10,000 pairs of free jeans for customers who checked in on Facebook Places. The jeans were all out at the lower Manhattan Gap which had lines stretching out the door since before the store opened at 8 a.m. After the first 10,000 were given away, a 40%-off deal kicked in. So far, 25,000 customers have checked-in at Gap on Facebook places.

5. Unilever: The company behind Vaseline has launched a new campaign to connect with its customers. As written in a recent New York Times article, the new print ad for Vaseline Intensive Rescue has signed on three bloggers to be spokeswomen for the products on a four-stop tour. Vaseline worked with NY’s agency Bartle Bogle Hegarty to find women bloggers who could represent the campaign. Then the agency hired a subcontractor to crawl the Internet for conversations around words like “dry skin,” “lotions” and “skin issues,” and to scan blogs and social media sites like Twitter and Facebook for conversations people were having about those topics.

What they do right: Crowdsourcing customers as spokeswomen. The agency found three bloggers with the most compelling stories; blog writers with names like “The Adventures of Supermom.” The tour will be chronicled on the women’s personal blogs, and on Facebook and Twitter. The idea of using bloggers as representatives fits in perfectly with the Vaseline’s “I’m a relatable, real person” brand image. Vaseline’s Facebook page will showcase videos of the women while on the tour. Fans will be able to ask questions to the women, request samples and enter a sweepstakes to win a trip to any of the destinations on the tour.

6. Uniqlo: The Japanese fashion brand has been tech savvy for quite some time. They were one of the first retail brands to launch an iPhone app in 2008. Most recently, to celebrate its UK online store launch, the brand released the Uniqlo Lucky Machine, an online pinball game that earns you prizes and discounts. It also recently released the Lucky Counter, so consumers could Tweet products on a special site. Similar to Groupon, the more tweets an item received, the bigger the discount. Allowing customers to influence the final price of a product is pretty unique for the retail category.

What they do right: Besides from putting Orlando Bloom in their ads, Uniqlo has been a great example of overall Internet awesomeness. Their marketing efforts are always unusual and amusing. In its recent UK campaign, the company was able to rely solely on users to spread the word on Facebook and Twitter, rather than paying for promotional tweets. For a clothing company, they’ve proven that going above and beyond catches eyeballs. To promote its new line of sportswear, Uniqlo launched Sportweet, a Twitter enabled show that makes sport out of your tweets. Plug in your Twitter ID and watch your tweets flex their muscle alongside with various athletes. They even made a Twitter visualization app called UTweet, which we wrote about here.

For other creative strategies in social media, read here: keeping it fresh.

Read next: Germany gets down for the EU Kinect launch