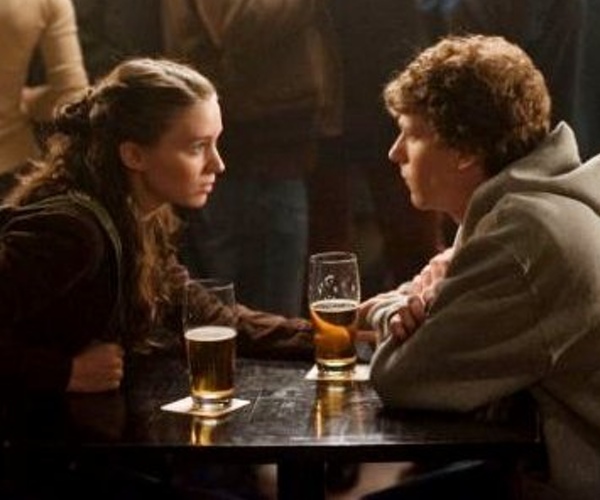 Zadie Smith is one of my favorite authors. She writes with the voice of an angel, the humor of a beloved Grandpa, the worldview of a child and the wisdom of a sage. I am in awe of her. The UK born author is a mere 9 years my senior and has already penned three novels, which have won numerous prizes and awards. This fall she began a tenure at NYU‘s Creative Writing Program.

Smith recently wrote an essay called “Generation Why,” a perspective on The Social Network, Facebook and the kind of lives we lead within the confines of software. Smith was on Harvard’s campus in the fall of 2003 for Facebook’s inception and remembers Facemash and the fuss it caused. She calls herself a “1.0 person” and explains,

“I often worry that my idea of personhood is nostalgic, irrational, inaccurate. Perhaps Generation Facebook have built their virtual mansions in good faith, in order to house the People 2.0 they genuinely are, and if I feel uncomfortable within them it is because I am stuck at Person 1.0.”

Smith then brilliantly breaks down The Social Network, saying “it’s clear that this is a movie about 2.0 people made by 1.0 people (Aaron Sorkin and David Fincher, forty-nine and forty-eight respectively).” She describes Zuckerberg’s character as “Overprogrammed, furious, lonely.”

If it’s a three-act movie it’s because Zuckerberg screws over more people than a two-act movie can comfortably hold: the Winklevoss twins and Divya Navendra (from whom Zuckerberg allegedly stole the Facebook concept), and then his best friend, Eduardo Saverin (the CFO he edged out of the company), and finally Sean Parker, the boy king of Napster, the music-sharing program, although he, to be fair, pretty much screws himself.

When she digs deeper into her analysis of the  film and the meaning of Facebook, she asks,

Generation Why? makes me wonder about my own self. As a tech reporter it seems only natural that I am built for the 2.0 era. But after reading Smith, something about that seems shallow, gratuitous, digital. Maybe I don’t want a virtual mansion, maybe I want a cabin in the woods (just let me bring my iPhone). Is the Person 1.0 the new recluse?

On the 2.0 generation, Smith says, “They’ve spent a decade being berated for not making the right sorts of paintings or novels or music or politics. Turns out the brightest 2.0 kids have been doing something else extraordinary. They’ve been making a world.” But Smith sees this as a cruel world; she writes that we are “500 million sentient people entrapped in the recent careless thoughts of a Harvard sophomore.”

When she digs into the Internet she wonders if “the whole Internet will simply become like Facebook: falsely jolly, fake-friendly, self-promoting, slickly disingenuous.” I disagree with her here and I think her approach takes a more negative tone than need be. I’ve often wondered in my endless pursuit of the Internet’s habits, crafty start-ups and cutting edge robotics what toll our technology will have on our humanity. Will the impending Singularity turn our brains into meatspace jelly? (I’d love to interview Smith on the Singularity…)

But I have to say no… for now. We can be 2.0 persons living and working within the realm of the Internet. But it’s important to remember that we also use the Internet to share photos, songs and e-mails with people we love, people we wouldn’t necessarily be able to share ourselves with, but that doesn’t make these connections weaker, quite the opposite actually. Our appetites may hunger for more, faster, better, stronger versions of this Internet based reality but I believe there will always be a part of our identity, our spirituality (whatever you may define this as) that keeps us from completely living within a matrix; it’s that special something that keeps us intellectually, undeniably and lovingly human; whatever the meaning of life may be.

Read next: Conan O'Brien returns to TV with an epic introduction [Video]