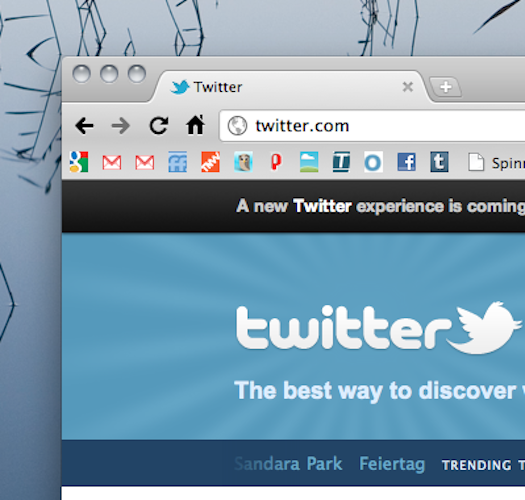 Without a doubt, Twitter is one of the largest, fastest-growing communication platforms across the world. As it continues to gain momentum, more people are wanting to hop on board with its advertising platforms.

Most recently, Twitter has announced its latest addition that should make purchasing advertising on the service simple — a Start Advertising page. On top of giving an in-depth explanation about each product, the Start Advertising section will also allow you to set a budget, choose run dates and even target locations. You can then submit your request to be added to the queue for people who want to advertise on the service.

Make sure to check out the Start Advertising section, then continue to our content below to get an idea about how advertising with Twitter works.

Twitter tends to roll out its new products in conjunction with businesses with which it has a long-term relationship. Starbucks, Red Bull, Best Buy and HootSuite are just a few of the brands that Twitter has partnered with. So, if you’re looking to get in on the newest form of Twitter advertising, then your best bet is to advertise early and often with the service in order to show yourself worthy, so to speak.

As one of the innaugural ways that Twitter has monetized itself, Promoted Tweets has been wildly successful. Though some have questioned the ability for the platform to move forward, Twitter seems to have found its niche with the service. Focusing on a good user interaction, instead of simply on the money, Twitter has kept its users and advertisers happy.

It’s worth noting that the new, in-stream advertising that was announced today is simply a Promoted Tweet. The in-stream feature is just the next move for the Promoted Tweet, and will be rolling out to all users as Twitter finds a comfortable way of doing so. There is no different product between a promoted tweet and in-stream advertising, rather Twitter will be showing the promoted Tweet where it is relevant, whether that be in search results or in the Twitter stream itself.

Though the service is only launching to “small pool” of Twitter users at the moment, the hopes for the in-stream display of ads are high. However, nothing is final about this most recent advertising platform change. Twitter will be testing and tweaking it, likely for weeks after this article is posted, until it finds the balance between profitable and annoying.

We also have a video with Dave Olson, Director of Community at HootSuite, that gives some great insight.

And of course, Twitter has its own reasons behind the In-Stream ads test:

Since their introduction, users have engaged with Promoted Products on Twitter at rates that far exceed typical forms of online advertising. This next phase will bring Promoted Tweets to a wider audience and help even more people discover interesting accounts, people and information they may otherwise have missed. Promoted Accounts are a fairly new addition to the Twitter advertising arsenal. Aimed at larger businesses that can the monetize themselves from having a mass of followers, Promoted Accounts is a nod back to the early days of Twitter when the site would suggest users for you to follow if you were just signing up.

After launching Who To Follow (or Suggestions for You as it is called on the site), Twitter took that a step further and partnered with over 40 brands to provide the Promoted Accounts feature. While it is still new and we haven’t seen any verification of results from it, it’s almost assured to be a winner just as the Who To Follow feature has been.

Somewhere between the lines of a specific Tweet or a specific Twitter user, there lies a trending topic promotion. It’s worth noting that this particular feature does have a lot in common with a promoted Tweet, but is still different in its own right.

Trending Topics have been a part of Twitter for quite some time, picking up the most commonly used phrases across the service. For a Promoted Trend, you’re able to purchase a trending topic. The Twitter Help Center describes it like this:

It’s a less aggressive, but more functional way of promotion that has taken off well after being initially launched with Disney and Pixar.

As we’ve said, we’ll be updating this as more platforms are finalized and as we find more results from them. For now, you absolutely need to keep Twitter in mind when it comes to long-reach advertising.