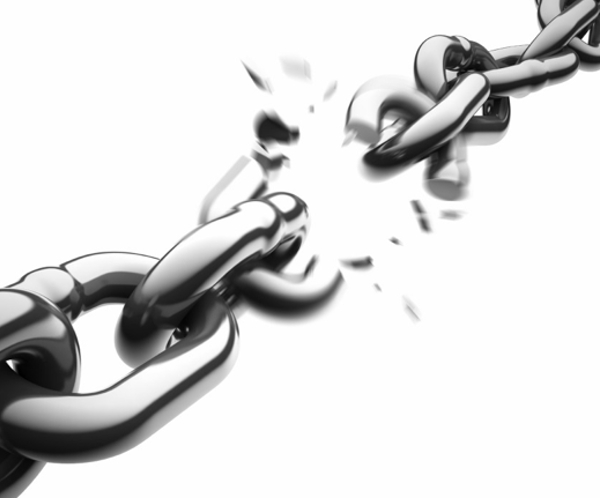 There’s been a flurry of news in the world of URL shortening of late. Google finally released its Goo.gl to the public, and not long after vb.ly was pulled for violating Islamic Sharia law. Not too many people will have been overly bothered about that per se, but there was a little fear that the much loved – and used – bit.ly would follow soon after. Such fears were soon allayed, however.

URL shortening services have been helping social networkers and web-users for almost a decade, the first notable publicly-available service being TinyURL, launched in 2002.

Such services have proved especially useful on space-sensitive forums such as Twitter, where users have a mere 140 characters to get their message across. Twitter used TinyURL as its default shortener until 2009, when it switched to bit.ly. And this year Twitter launched its very own t.co URL shortener, hosted on a Colombian domain.

There are hundreds of URL shorteners out there, they come and go, and not many last the distance. A common reason given is the plethora of ‘dodgy’ websites that use the services. One such site is tr.im – one of the best names for a URL shortener out there, as it happens – hosted on the Isle of Man domain. It pulled the plug on its web service because of such abuses, and the subsequent threats from hosting providers who were being bombarded with links shortened using the tr.im domain.

One option is to use a service such as goo.gl – let’s face it, Google isn’t going bust anytime soon. Alternatively, you can set-up your very own hosted URL shortening service – to have full control over your URLs and peace of mind that your links will remain online for a long time. Here are our two recommendations.

Setting up your own URL shortener is a three-step process.

The first step involves registering a domain name – to keep in with the trend of many of these sites, it’s an idea to keep the URL as short as possible. Ultimately, this means you’ll need to look to international domains, given that the likes of .com, .net and .co.uk  domains are in short supply.

You can even get creative and think of a way of incorporating the domain extension into the overall URL name, for example is.gd, goo.gl and su.pr. It’s worth noting that some country code top-level domains (ccTLD) can cost a lot – a .pr domain can cost about $1,000 USD to register per year, hence many good names are still available in Puerto Rico.

At the time of writing, you can secure stub.by from Belarus for $145 USD per year. Whereas tinie.st from São Tomé and Príncipe is yours for a mere $79 USD.

If it becomes possible to register domains in Eritrea, you’ll need to be quick to secure the likes of small.er or less.er. And the same goes for the Catalonian domain .cat – which is limited to local parties at present, meaning you can’t secure trun.cat quite yet.

As a general rule of thumb, if your web host can handle a WordPress blog, it’ll cope with a server-based URL shortening web application such as YOURLS just fine. The server should run PHP 4.3, MySQL 4.1 at the very least.

Another issue depends on whether you plan to make your service private or public. If you plan to create the next bit.ly, you’ll need a lot of server space to cope with the traffic – in fact, you’ll probably need a dedicated server.

However, if the service is purely for your own use or a few people in your company, then you should be fine on a shared server, which is cheaper.

There are other options, but YOURLS is about the best there is. It’s essentially a small set of PHP scripts that you include on your site – and you can easily make the service public or private. Furthermore, as with any good URL shortener, you can customise your URLs and generate reports on all activity surrounding your links.

And the beauty of all this, is it’s free to install. So you can create your very own URL shortening service for peanuts – essentially, the cost of registering a domain name and securing a hosting service.

Option 2: The Quick (But Not Free) Way, CloudApp.

A fully-hosted personal URL shortener may seem like a step too far when all you want is the security and control of your links. Step forward CloudApp, which is a slick desktop/web sharing tool for Mac users which incorporates a URL shortening service. On the free version, users are limited to CloudApp’s own cl.ly domain to shorten URLs (no real disaster there), but on its new premium service announced last week (€4/month), you can now use your own domain name as a link shortener.

But what about Windows users? Well, enter FluffyApp, a third party client designed for Windows users which piggy-backs off CloudApp’s hardwiring. Given that it’s a Windows wrapper developed by a high school student, there are a few teething problems with the application and it can be classed as in its testing phase, so you may experience some problems running this on Windows.

FluffyApp has not been fully tested with CloudApp Pro, so it’s unclear whether you’ll yet be able to use your own domain as a URL shortener – though in theory this service is good to go right now.

Option 3: The Other Quick (But Not Free) Way, Bit.ly

Bit.ly offer a free Pro custom short domain service which unfortunately has yet to open its doors to the public. Set up is as easy as CloudApp’s but with access limited to “by request” for the last 8 months, there’s no telling when you’ll be able to use it. You can apply here though.

There are plenty of options for those wishing to steer clear of the fly-by-night URL shortening services. Link-rot? Fret not.

CloudApp (https://thenextweb.com/apple/2010/04/02/cloudapp-slickest-sharing-tool-mac-masses/) is a slick desktop/web sharing tool for Mac users which incorporates a URL shortening service. On the free version, users are limited to CloudApp’s own cl.ly domain to shorten URLs (no disaster there), but on its new premium service announced (http://www.downloadsquad.com/2010/10/15/cloudapp-goes-freemium-offers-unlimited-uploads-for-a-few-dollars/) last week (€4/month), you can now use your own domain to generate short URLs.

And Droplr (http://droplr.com/) for the Mac has similar functionality too when used in conjunction with IwantMyName.com. To set Droplr up as your personal URL shortener, you simply arrange your new domain name, go to the ‘setup’ tab on the IWantMyName.com dashboard and choose Droplr from the web application directory. This is free, too.

This is great – but what about Windows users? Well, enter FluffyApp (http://fluffyapp.com/), a third party application designed for Windows (http://www.downloadsquad.com/2010/10/17/fluffyapp-is-like-cloudapp-for-windows/) users which piggy-backs off CloudApp’s hardwiring.

Read next: Why hasn't the US government crushed Wikileaks?