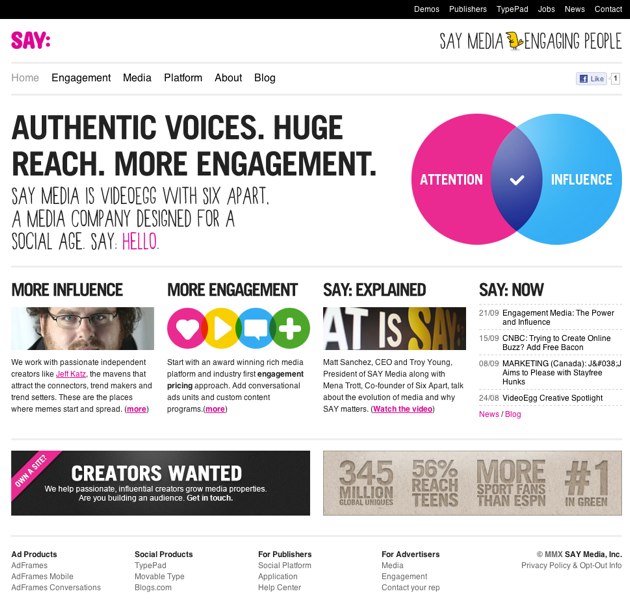 Not much is known right now except that:

While Twitter reactions are pretty surprised, really we shouldn’t be too surprised that a major shakeup like this has happened. We know that VOX is finally being put out of its misery at the end of September. Typepad and Moveable Type seem to have stagnated in the last while (at least as far as geek and blogging mindshare are concerned). According to TC, Chris Alden is still committed to Typepad and Moveable Type, I’m willing to bet that one or both part of it will be spun off in the near future.

I just hope that great folks like Anil Dash and Ben and Mena Trott do okay in the transition.

UPDATE: Thanks to Anil for posting a comment reminding my that he hasn’t been with SA for a while, but is, in fact, doing well too.