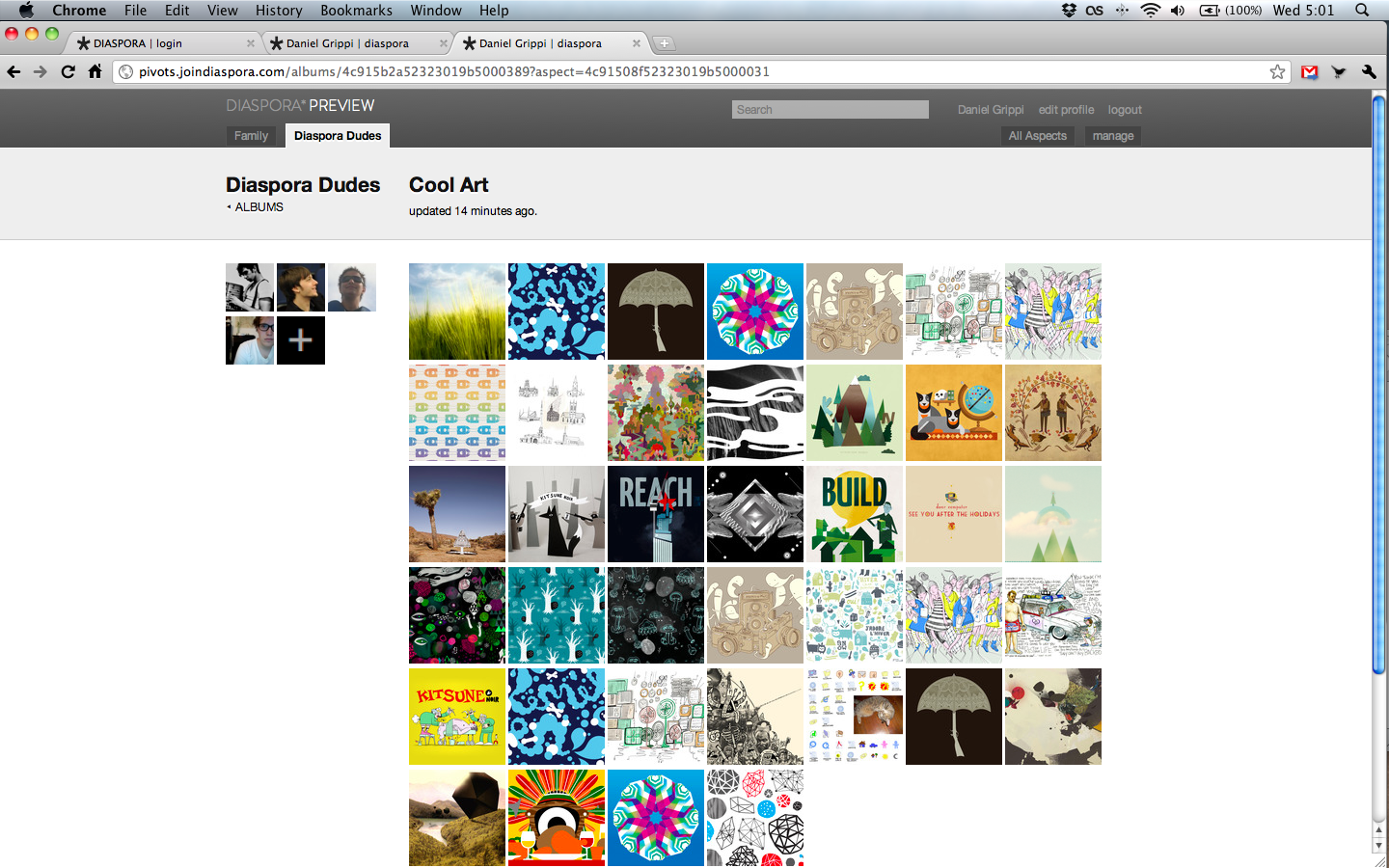 Diaspora, the “anti-Facebook” has released its source code today, saying “This is now a community project and development is open to anyone with the technical expertise who shares the vision of a social network that puts users in control.”

Right now, Diaspora can do the following according to the Diaspora Blog:

The blog post says that Diaspora will be working on – get this – Facebook integration for its October Alpha release, as well as internationalization and data portability – yep, the anti-Facebook will certainly be doing everything it can to make it easier for disgrunteled Facebook users to make the switch. Here’s the code on Github, you can read our previous coverage here and here, and below is some more from the Diaspora blog followed by some screenshots of what Diaspora apparently looks like now:

“We began the summer a list of technologies, and a few bold claims and the goal to make an intrinsically more private social network. The overwhelming response that we elicited made us realize that technology woudn’t be enough. Even the most powerful, granular set of dropdowns and checkboxes will never give people control over where their content is going, let alone give them ownership of their digital self.

We live our real lives in context, speaking from whatever aspect of ourselves that those around us know. Social tools should work the same way. Getting the source into the hands of developers is our first experiment in making a simple and functional tool for contextual sharing. Diaspora is in its infancy, but our initial ideas are there.”