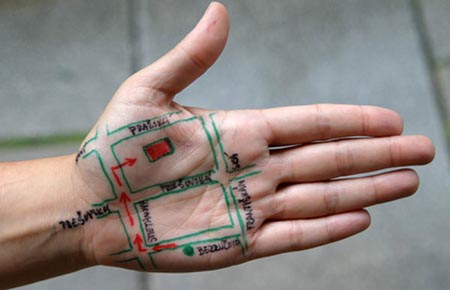 Flowtown.com has cartography on the brain with their latest creation  The 2010 Social Networking Map.  The map is a grand visualization of the state (yes, intended) of social networks, however the discerning map/infographic fan will notice a few new social networks are absent from the map.

My theories as to why the likes of Apple’s Ping, and Google Me aren’t included is because either they are too small to include on a map, or given that this world is flat, Steve Jobs and Eric Schmidt sailed to the edge of, and eventually off the map entirely (both theories unconfirmed).

That said, the map is certainly worth a good, hard, look and if you want to zoom in on it at your leisure, click here.  What strikes you most about the map, if anything?