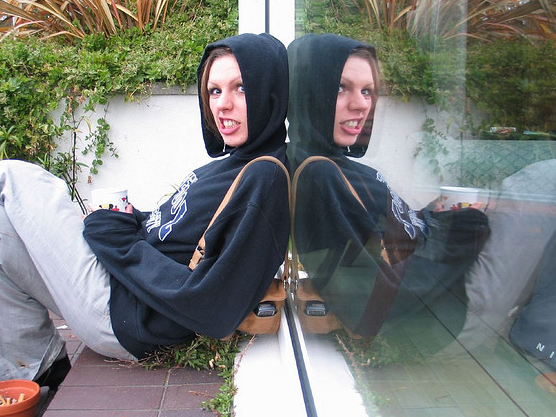 I saw something happening on Twitter a few days ago, and ever since then I’ve been thinking more and more about the role it plays in our lives and at what point it actually stops becoming something that we ‘do’ and actually starts to replace real life altogether. I don’t want to name the person involved in the incident, but they were very publicly tweeting about something upsetting, as it was happening. As much as I was upset by what they were going through, when I stopped and thought about it, I realised how disturbed I was by the fact that this person had chosen to tweet about this thing, as it happened, instead of giving it the real attention it needed. It was as if Twitter had replaced the real-life situation and it was incredibly strange to watch it happening.

Twitter has always been a different animal. Never quite hitting the mainstream in the way that Facebook has, yet always finding itself in the headlines (or responsible for them). It has hugely affected online communication in ways that we never could have imagined in its early days. But it has had such an odd effect on so many people (myself included). I’m sure I’m not the only one that will think, when something particularly exciting happens or you spot a celeb etc.. that you can’t wait to put it out on Twitter. You think this, even as you’re going through something and you almost forget to enjoy it or notice it as you’re composing your tweet in your head. I find it fascinating that for so many people it’s fundamentally changed every human experience. 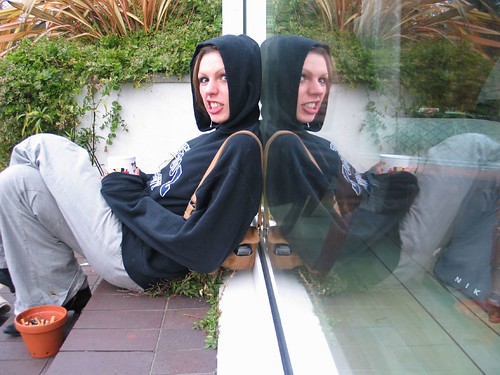 I think this has contributed to many people almost creating a ‘Twitter self’ that needs to be maintained. I’m often surprised for example, when I see couples talking with each other on Twitter when I know they’re in the same room. But I’ve realised now that it’s not so much about using Twitter as a way of talking to someone next to you, but more contributing to the content around your online self, and talking to your online community. Your Twitter self is something that has to be maintained and so in this way, it almost starts to take over from your real self. For all the benefits of Twitter and all the ways it can enhance your life, there comes a point when it almost replaces your life. And it’s easy to forget this, because it’s just somehow not the same as sitting in front of a chat window. In that case it’s always there and it’s pretty much all you’re doing. But Twitter can run in the background while you watch telly, you can dip in every now and again and work and it doesn’t seem like all you’re doing is reading updates that actually have nothing to do with your work.

And while Facebook is something that I’ll dip into every now and again when it suits me, I find myself worrying about maintaining my Twitter life. I worry about how little I update it when I’m busy, that I’m not replying to enough people, or worse – that I’m just not saying anything very interesting. It is the most public and fluid of my online profiles – a day by day record of how I’ve lived my life and the people I’ve interacted with. When I don’t have the time to use it as often as I’d like, at least for writing updates, I feel very conscious that it’s being neglected. I feel added pressure to update it because it’s such a public representation of me. When you think of it this way, how can you not consider it supplementing real life altogether?

I realize that my points in this post may cause some disagreement and argument that Twitter isn’t all about consuming people’s updates. I realise all the benefits of Twitter and the hugely different ways it can be used, but at the same time I don’t think my idea is unfounded. The fact that 10% of users contribute 90% of the content on Twitter demonstrates the hardcore set of users that are spending more and more of their lives on Twitter. If so few people are contributing so much of the content that goes to make up Twitter, at some point this has to be having a real impact on the amount of time in their non-Twitter lives.

Of course, this doesn’t have to be a bad thing. Look at it from another perspective and it’s actually a fascinating evolution of our online behaviour. Take the Twitter scenario that I found a bit disturbing and actually argue that instead of sitting powerless on their own, they reached out to their community which eased and comforted them in a hard situation. The support was clearly there. This is a completely different way to think about it and in this way you realize just what a profound affect Twitter is having in human connections and communication. It’s evident that there are people, and maybe we’ll all go this way, that are not using social media so much to enhance their lives, but using it as a means to actually live their lives. Who am I to argue that it’s wrong? It’s new and it’s different, and that’s exciting.

I will always be fascinated by Twitter and the way in which it continues to evolve and affect everyday life in new ways. One site has been available for so many incredible stories, from live tweets during surgery, to marriages and even tweeting plants. I do believe that there is a point you can reach at which it becomes more about updating your profile and of course this largely comes down to how you use it. Do you use it to talk about yourself, or to converse with others, to share and discuss interesting content.

Read next: One half of one percent of Google applicants get hired - here's how it works