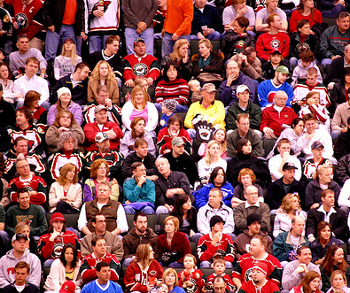 As we reported earlier, Twitter has published new figures showing that it now has 145 million registered users. The thing is, that doesn’t really tell us much about how many people are actually using the service.

“Registered users” is very different to “Active users”. Facebook, for example, announced in July that it had over 500 million active users. This is a statistic that Facebook recently tweaked to improve its accuracy and should give a good indication of how many people regularly interact with the site.

Twitter, however, doesn’t give this figure, making it difficult to determine the true size of its userbase. Third party developers who work with the API have their own ideas. Jesse Stay is the man behind SocialToo, a service that provides useful tools for Twitter and Facebook users. Commenting on Twitter’s latest stats via Google Reader today, he says:

“I wish they’d go with the number their competitors are going with – number of active users. Just stating # of registered users is an unfair comparison (unless they really want Facebook to start touting the number of registered users on their system). My own estimates show only about 30% of Twitter’s numbers are active, based on a sample of 5-10 million users I have cached.”

Now, that’s only one developer and we’ve no way of verifying what he says. However, when you bear in mind all the people who try the service and leave; people who have registered themselves but not used their accounts; not to mention spam accounts,  there’s bound to be a significant drop-off from that 145 million figure.

Twitter’s latest stats say that 78% of users access its service via Twitter.com. According to Comscore, the site received nearly 93 million unique visitors in June. However, visitors don’t necessarily equal active users as some are likely to visit, for example, individual celebrity pages without actually signing up themselves. Yet more traffic will come from search engine results too.

In short, we don’t know how many people are actively using Twitter and until they release such a figure, we can but guess.

Read next: Google music service "to launch before Christmas"