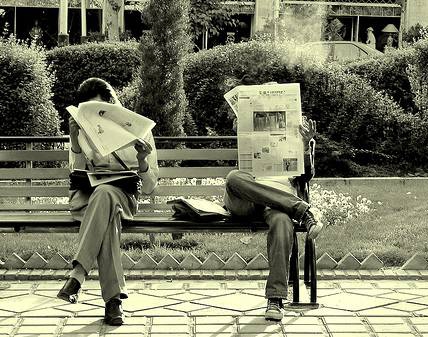 As All Facebook first reported, Facebook is currently testing a new “Subcribe to” feature that will notify subscribers when another user performs (as yet unspecified) actions. On the face of it at least, this would seem to be Facebook’s way to directly “follow” a user and Pages.

UPDATE: Facebook sent us an email confirming that it is testing this feature:

“Yes, this feature is being tested with a small percent of users.  It lets people subscribe to friends and pages to receive notifications whenever the person they’ve subscribed to updates their status or posts new content (photos, videos, links, or notes).”

First of all, Facebook tries/tests a lot of things, and just because they are seemingly testing this does not mean it will necessarily be rolled out anytime soon, if ever, to everyone. That said, its a logical move, especially when you combine it with notifications (which can then be of course pushed to mobile, just like any other notifications).

Right now, we can only speculate what kinds of actions would trigger a notification, but there is no reason to not believe that status updates, check-ins, and photo and video uploads wouldn’t be included [see Update above: it seemingly is any core Facebook action, at the very least] (and/or any other Facebook action – a new tractor on Farmville perhaps?), though hopefully users will be offered fine-grained control over what notifications that they would receive.

This functionality in Pages could be a powerful (though also possibly spammy) tool for brands and advertisers. As far as a threat to Twitter goes, that would have to be seen to believed – so far, changes to Facebook have generally had little impact on Twitter’s growth, which isn’t to say that Facebook hasn’t tried.

A robust and not-to-invasive “Subscribe to” feature, however, could be the most direct threat that Facebook has ever posed to Twitter. We’ll just have to wait and see if this ever comes to Facebook’s half a billion users or not.

Take a look at the screenshots below from All Facebook and please let us know in the comments if you are seeing this feature.

Read next: Will The Samsung Galaxy Tab Be Priced Out Of The Market?