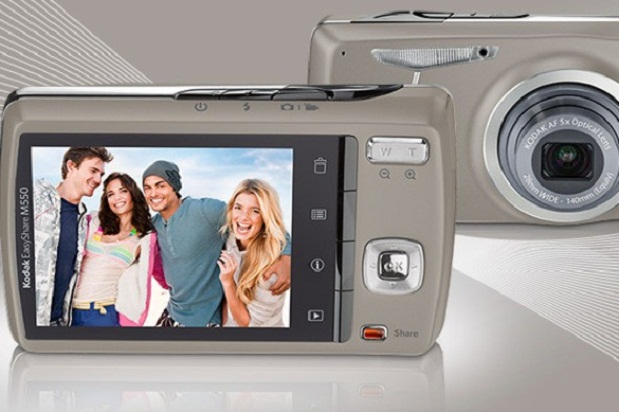 Kodak, long a stalwart of the photography industry, has been tweaking its ways over the past couple of years. With the last roll of the company’s Kodachrome film being developed only last month, the release of its new M590 digital camera seems to be right on time.

The M590 has a slew of features, as you’d come to expect from any new camera. However, what sets it apart is a “Share” button that will allow you to share to numerous social networking sites such as Facebook, Flickr and even YouTube.

The idea is that you’ll go out, take your pictures and then bring your camera home to hook it up to your computer. When you do, a single click of the Share button will pop your pictures off to the sites that you’ve set in your preferences.

Beyond the share function, however, the camera has some unique facial recognition software, as well, intended to make it easier to find the pictures you want. So after a long night, if you only want the pictures that you took on the sly of your overly-drunk friend, it will be that much easier to get them organized and shared.

As for the rest of the features? Here’s a run down from the press release:

The camera isn’t showing on the Kodak site just yet, but we’re told that it should be available this fall for $199.95, in a variety of colors.