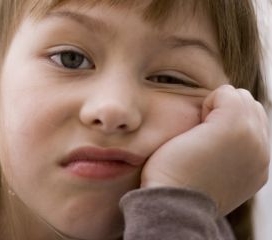 While Facebook apparently shuttles other reporters around Facebook HQ, we’ve happily sitting put in front of our computer with the Facebook Livestream app in a browser tab, sipping our coffee. However, that stream is not meant for us, it’s meant as a conduit for directly speaking to Facebook’s users, and on that register, it is not impressing anyone right now.

First of all, good on Facebook to try to be this open with its users in a live video feed manner – this is something that usually only happens during major large scale developer conferences, etc, for other companies, but Facebook is trying to bridge the gap between those kinds of events (at least presumably) with this new strategy. So again, we applaud that, and really to us it’s no big deal to wait around for 45 minutes while the event gets sorted, it’s our job.

But for those users that don’t write about technology day-in and day-out, this is obviously frustrating a number of people, as you can see from this screenshot (there were many other similar comments like “I’m out of here” earlier). At first, Facebook wasn’t showing anything other than “Today’s event will be live streamed on this player. Please stand by.” Then they added a ticker at the bottom of the player saying it was delayed (after a lot of people had complained) and since then intermittent elevator music has been starting and stopping over the stream.

It was also reported that only a few hundred people tuned into Facebook’s first Live event (we suspect this event has a much higher attendance). That said, as you’ll see from the top of the screenshot, Facebook must have been paying attention, because they gave us 20 free Facebook Credits while we waited! That said, hopefully Facebook will work out the kinks for whatever its next major Facebook Live event is.