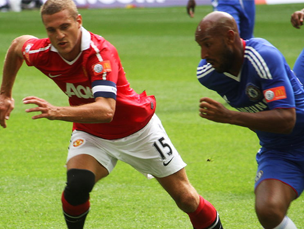 With the start of this season’s Barclays Premier League this weekend, I thought it would be interesting to look at how the various teams would fare if social media engagement would decide the league. You wouldn’t be surprised to find Chelsea at the top of the table with West Bromwich Albion languishing at the bottom, but the rest of the table makes for some interesting reading.

At the top of the table its business as usual as seems as if Abramovich’s millions can buy league and online success. Second is Everton with a tie between Aston Villa, Liverpool and Manchester City for third. Perhaps it’s time to introduce a playoff for the Champions’ League?

At the bottom of the table it’s also business as usual with two of last season’s promoted clubs, Blackpool and the Baggies, dropping back into the Championship.

By tying 3rd, Liverpool are still knocking on the door of Champions’ League qualification. Manchester City continue to use their millions to promise, but under-deliver, by not definitively beating their rivals. Newcastle show their drop into the Championship may have been temporary with a 6th placed finish. Much to my personal dismay, Arsenal drop to 7th to tie with Stoke. Far more satisfying was Manchester United narrowly avoiding relegation by plummeting to a tied 12th (with 5 other clubs).

The entire table reads as follows.

In some instances, there were some things unique to specific clubs and points were awarded accordingly.

I suspect there may be more clubs with official presence Facebook but I took the view that if I couldn’t find it either on the homepage or in the menu structure, then the presence is too hard to find (via their websites) to count for points.

Where clubs have Twitter presence not mentioned on their websites, they received a point for the Twitter account and were docked a point for making it hard to find.

Social media presence should be easily accessible from websites and, where this isn’t the case, it represents an opportunity lost. Great content not found is good for nothing.

During the course of the analysis, I picked up a few others things worth noting.

Detailed analysis, including scoring comments, can be seen in this spreadsheet.

Note: If you find that I’ve missed anything, let me know via the comments and I will update the data.