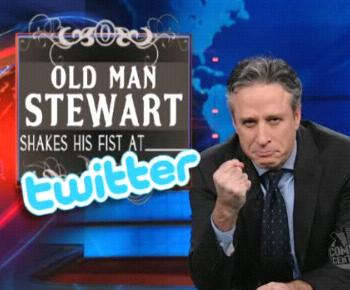 By now, if you are not on Twitter, you are quite behind the times. But what if you want to be ahead of the crowd, so far ahead that you actually leave Twitter? After all, the hipster mafia will only stick around something useful for so long before they drop it, should you beat them to the punch?

While we generally are drop dead enthusiastic about Twitter, and to be fair, we all live and breathe the service around here, are there five good reasons for leaving Twitter? Let’s find out.

Did you know that there are actual social media consultants who do useful things for corporations, and that indeed, I can actually name some people who are the dreaded ‘social media expert?’ Yet, on Twitter, everyone is an expert, everyone is an innovative Twitter deity. Except that nearly no one who claims to be one actually is. Everyone that I know who does serious business helping people learn social media is dead quiet about it.

If you have to ask, you can’t afford it. If you have to to claim expert status, you are no boss. If you left Twitter, these twits would be gone, gone, gone. If you filter Twitter very well on your own, you get to a pretty clean state, but these punks are a great group to dodge, and leaving Twitter is a 100% way to do so.

Two years ago, before you were on Twitter, did you give a care what ‘#FF’ could mean? Of course not! Twitter is bringing memes to the masses in a big way, and it is ugly. Head over to Twitter.com and take a look at what is on the trending topics section. Right now there is a wonderful entry called ‘#therewasatimewhen,’ something that is easy to parse at first glance, not always the case with the top trending memes.

What does this mean? That you can take part in a global discussion with a bunch of yahoos (not the company) about some things that you may or may not find interesting, and will not be correctly spelled. Or you could not, and instead could take that time and do something useful with it, like popping that zit you couldn’t get last night. Just a thought.

You Are A Real Person Again

Once you put Twitter out of your life, you will never show up to a bar and then fastidiously tweet its condition, the type of drink you purchased, how it tastes, and what the creepy dude in the corner is doing. Oh, and then you have to answer all the @s you get from that exercise. By that time, your drink is gone, and you are headed out the door, being so social, and yet ignoring anyone who doesn’t have an avatar.

You could have just had a drink, talked to someone new for a minute, had a quiet moment to yourself, and been a real dang person. Let’s face it, we all tweet too much.

Never Know Where Anyone Is

Once you leave Twitter, and I can only suspect as I could no more leave Twitter than cut off my leg, you will never know where you friends are. Think about it, how often do you really use Foursquare to find friends? More likely, you merely find the occasional tweet from a person you follower from Foursquare, and if you are nearby, invite them out for a pint.

Without Twitter, you get to do your own thing, never worrying about who is where, and if you might be seen going somewhere that is not cool enough for Twitter. Freedom, you have to quit to get it.

This doesn’t apply to everyone, as most people are already abysmal at replying to their @s, but once you do cut the Twitter cord, you never have to answer another one again. Even better, you can never be asked if you recall “That exchange we had on Twitter last summer!” Oh hell no you didn’t. I’ve sent out 10,000 tweets since last summer, and half of them are responses. Unless you are Denzel Washington, I did not file our conversation away for later recall.

Well, that is my list. It’s not fully complete, I am sure that we could brainstorm something longer, but you have to admit, there are some real pluses to leaving the ol’ Twitter. Now if you will excuse me, I need to go see how many @s I received while writing this post.

Read next: North Korea Hops Aboard The Twitter Train