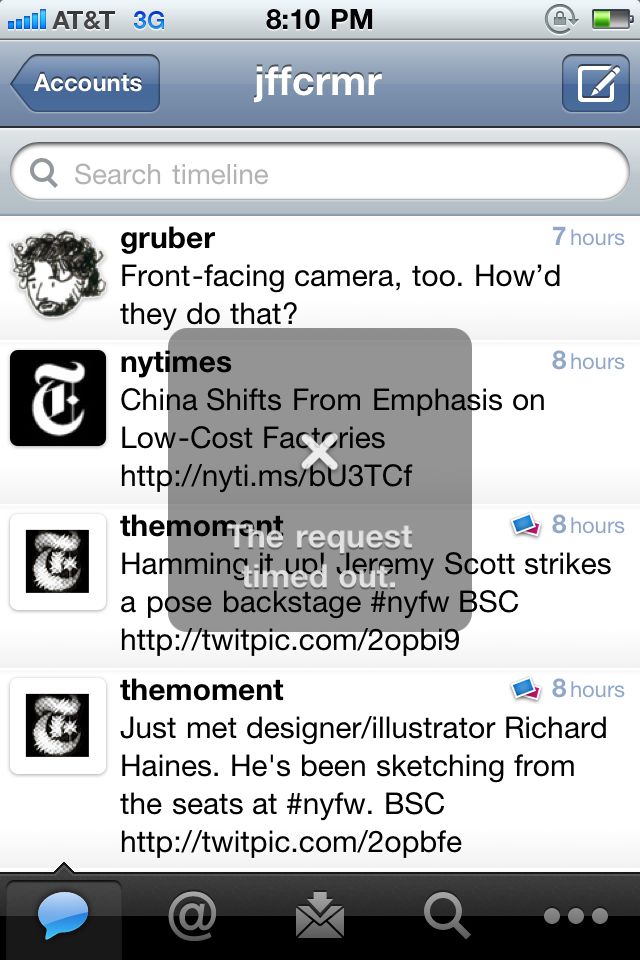 A piece in ProgrammableWeb today notes that Twitter Search right now only goes back four days. This is down from a month of results in early 2009. So what is going on with Twitter Search?

Well, as we see it, there are four possibilities:

Let’s look at each of these possibilities.

This one is probably the least likely of the four, as search has proven to be a major money maker for other Internet companies, especially around advertising, which Twitter has already committed to as a major chunk of its business model.

The only reason that we are suggesting this possibility is that Twitter simply hasn’t taken search by the horns, and if anything the company is seemingly letting it wither on the vine. This has been especially frustrating for long time users considering the promise that Summize had when Twitter bought that startup. It could be that Twitter just can’t figure out how to make it work and is slowly letting it die, but what is more likely is that…

2. Twitter wants a traditional search engine, but can’t figure out to scale it.

Of all of the four possibilities, we’d put this one and #3 as the most likely. Twitter (and its investors) must see the revenue potential of search, and it’s pretty likely that they want to keep it going. However, traditional search engines typically try to give the best contextual results as possible, with recency being only one of the many factors that plays into making it contextual. So if Twitter really wants to find the best match for a search query from all the tweets that have ever been, it certainly needs to go beyond four days in the past.

That said, even if Twitter wants this, they might simply be unable to engineer it to keep up with the growth of Twitter, at least right now. This leads us to our third possibility…

3. Twitter wants to offload search to someone else, either a major search engine or to its developer community.

If Twitter is having problems engineering the kind of search engine that it wants, it makes sense for Twitter to be outsourcing this job to its developers, and perhaps even offloading it to a major search engine such as Google through a future partnership (of course, Twitter results show up in other search engines already in real-time: we’re talking about search on search.twitter.com itself).

TweetMeme’s news today about DataSift could be an indication of this, and certainly Twitter has in the past let outside developers focus on search, going as far as acquiring the early leader, Summize. With all of Twitter’s resources – money and staff, including of course the ex-Summize engineers, however – we wonder if Twitter search is actually going exactly as planned, and that Twitter is trying to redefine what search means…

4. Twitter is intentionally shortening the searchable timeframe in order to focus on more real-time queries.

This last possibility is probably less likely than #2 and #3, but nonetheless the most exciting if you think about it. For the last decade, our notion of search has been about contextual relevancy, not about timeliness. While timeliness certainly plays a part to some extent in our decision to click through to a search result (i.e. articles on browser speeds in 2001 aren’t that relevant today), for many searches, we simply want the best answer, whenever it hit the Web.

Perhaps Twitter is trying to do something different, perhaps it wants to make search about the last 24 hours, or the last hour even. The last minute? It may be born out of technical necessity, but the continued shortening of the Twitter search cycle makes us wonder if Twitter wants to leave the old ways of search behind, and focus on a new forget-the-past-and-focus-on-the-now type of search. Perhaps.

So what do you think is going on with Twitter search? Please let us know in the comments!