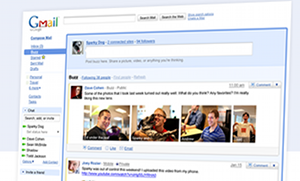 MTV used to be the paragon of cool, but with slick new media properties like Hulu and Vevo stealing eyeballs away from the television screen, MTV is branching out to keep its brand hot.

The company has just hired a ‘Twitter Jockey’ to take control of the brand in their world of social media. The winner, Gabi Gregg, won the spot in a contest that involved a nation-wide vote.

According to Yahoo News, “The TJ [Twitter Jockey] position is the updated version of the network’s VJ [Video Jockey] job, and Gregg will report on pop culture news using Twitter, Facebook, blogs and MTV’s website.”

Or, in other words, MTV is learning that the internet is perhaps the new best place to reach the demographic that they used to own and control on strings. Ms. Gregg lives in Chicago, and can be tracked at her official MTV blog here.

Update: for everyone looking for her on Twitter, you can find her here.

Read next: Google and Verizon provide a proposal for "open Internet".