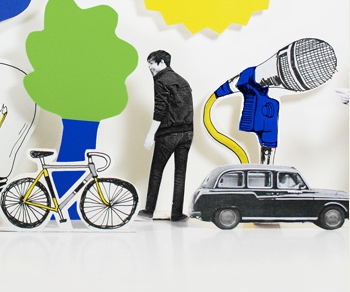 An article in the Guardian today argues that online social networking is helping to create a “Lonely society” of people who interact with the world only through status updates.

The gist of the piece is that that by mainly carrying out social networking online instead of face-to-face, young people feel increasingly lonely despite the huge numbers of online ‘friends’ they may have. Lonely, shy people feel more lonely and shy in the face of others sharing their amazingly interesting lives online, even though many of those “interesting” people may well be lying about their lives and be pretty lonely themselves.

As sad as that is, it’s social change – deal with it. The good news is that we will deal with it. Clay Shirkey’s current book ‘Cognitive Surplus’ talks about how drinking gin became a major problem during the British Industrial Revolution. The move from living in the country to cities like London led to people struggling to cope with the huge change from their simple country lives of old. In the end though, we got through it – we adjusted and the drinking subsided.

As Shirkey writes, “What helped the Gin Craze subside was the restructuring of society around the new urban realities created by London’s incredible social density, a restructuring that turned London into what we’d recognize today as a modern city, one of the first”. In other words, when the world changes we can struggle at first but we humans learn to cope.

There may be more lonely people as a result of social media but that’s all the more reason to get out there and make real-life contact. As someone who grew up shy and awkward, I hate to say what I’m about to say but as patronising as it sounds, it’s true. Lonely, disconnected people need to go out and do things in the real world, make real world friends and you know what? Social media will suddenly stop being a source of misery, it will become something truly useful. Just as it amplifies loneliness, it amplifies the positive sides of life too.

An example? I have a terrible problem putting names to faces. When I’m at events and people I don’t know well come up to say hello, I often struggle to remember who they are. There’s a painful couple of minutes while I ask generic “How are you? What are you up to?” questions in an effort to work out who they are without seeming rude. If, however, they introduce themselves with their Twitter username I immediately know who they are, what they do and all about that frustrating coffee shop experience they had last week. Suddenly we’ve got lots to talk about. Some people I socialise with may think of me as @MartinSFP rather than as ‘Martin Bryant’ but so what? It’s only a name.

Social media shouldn’t be your life, it should complement it. Lonely people have always felt disconnected from society and the solution remains the same. Don’t blame social media, just change the way you use it.

Read next: Books: The vinyl record of the publishing business.