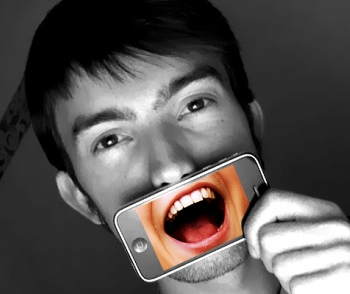 UPDATE: See here for the official word on ShoutOut from Twitter. No word on @TwitterOnNotice however.

Two new Twitter features could be on their way; one aimed at making the ‘Follow Friday’ tradition an built-in part of Twitter and the other aimed at notifying users when they break the rules, could be on their way. That’s the speculation today from well-respected blogger Louis Gray, and he’s got some intriguing evidence.

Gray has uncovered two official-looking, but private, Twitter accounts called @TwitterShoutout and @TwitterOnNotice. Both are almost exclusively being followed by Twitter staff.

@TwitterShoutouts’ account description is “Contribute your shotouts to peeps”, while @TwitterOnNotice has the name ‘Minus One’ and the description “You’re on notice!”

Now, given that it takes about a minute to set up a new Twitter account, there could be nothing in this at all. However, given that Twitter staff are following both these accounts it’s safe to say that it’s worth keeping an eye on them.

Gray speculates that Shoutouts could be a new feature that allows users to effectively ‘endorse’ other users, similar to the way the ‘Follow Friday’ tradition works. Let’s say someone sends a “shoutout” about you; if Gray’s guess is right, it would be added to a ‘Shoutouts’ count listed alongside your Followers, Friends and Lists tallies on the right-hand sidebar on your Twitter profile. Meanwhile, ‘On Notice’ could be a way for Twitter to notify people who are violating terms of service before their account is suspended.

Our thoughts on this are that there could well be something in Gray’s observations. @TwitterShoutouts is on a list of Twitter Support accounts, which could mean it is designed to offer news and tips for people wanting to use a Shoutout feature. Meanwhile, @TwitterOnNotice follows @TwitterShoutouts, lending credence to both being official initiatives.

The other possibility is that one or both accounts are abandoned projects that will result in nothing. We’re reaching out to Twitter for comment and will let you know if or when we hear any official word.

UPDATE: As a couple of commenters note below, only Twitter itself can create usernames with the word “Twitter” in them (try it yourself!). In other words, these are almost certainly 100% official.