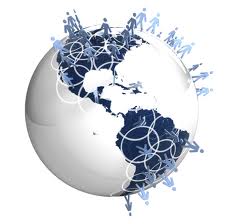 Naturally, there’s been a lot of coverage of Google’s decision to set aside Google Wave. For the most part, it seems the prevailing opinion is that Wave was an innovative solution for a problem that didn’t exist. I don’t agree with this – instead, I think that we’ve missed an opportunity by not considering Wave in the appropriate context.

Some months ago we published a piece on using social media design patterns to influence development of enterprise software. The gist was that there are design elements within all the major social networks which have relevance in the enterprise context. I’d like to revisit two of the specific observations which are relevant here.

Workplaces are full of short, real-time interactions
Obviously, this remains true. It’s also true that, for the most part, these interactions are limited to your local office. In too few projects in my consulting life, I’ve had entire distributed teams using IM. For every one of these instances, our collaborative energies would have had better results using the additional feature set of Wave rather than a traditional IM client. I have in mind conversation threading, embedding applets and Google strength search.

Different people have different styles of working together
This will always be true. The relevance is that every team or project will fall into natural communications patterns. The pattern will be dictated by a number of factors… what is demonstrated by the team leadership, what technology people have access to and are comfortable with, the social norms of the group, etc. I remain convinced that for teams who are willing to make the jump to the Wave discussion interface, there is benefit in using Wave over other online collaborative environments.

Why didn’t it take off?

My sense is that Wave was never presented in the context that would let it become ubiquitous without anybody noticing. It tended to be presented as a standalone conversational client, something new and different. That’s unnatural though – people don’t usually separate their conversations from the other work they’re doing. People got their invites, logged in, played around and then went back to their day-to-day systems. Making the jump from existing systems to Google Wave was never made natural enough.

The Wave discussion functionality should’ve been embedded into intranets where it would be natural to collaborate. Underneath documents, as part of announcements, in place of forums, alongside meetings, etc. All of these possible uses were demonstrated – just in the standalone conversation client rather than embedded into existing collaborative platforms.

I believe that if Wave was used as the collaborative platform alongside natural points of collaboration, then all the conversation around separate Inboxes and the confusing interface would’ve fallen by the wayside. People would’ve used individual Waves to collaborate where they wanted to collaborate and, as they had more and more of a vested interest the number of Waves they were participating in, then they would’ve come to terms with the Wave browser – if they ever needed to.

How did it come to this?

Some of it is Google’s fault. That 80 minute video and associated hype was probably a bit over the top for a product of this nature. Google were excited about Wave because it naturally suited their culture. Google’s engineers are distributed, they embrace new technology and IM is already a way of life.

Some of it is our fault – tech bloggers and media. We should’ve thought a bit harder about what Wave was likely to be good for, I mean really good for outside of our tech bubble, and framed coverage in that context. Instead, the tech media, and then the mainstream media, started talking about Wave replacing email. Replacing email? There are still people using fax machines! Replacing email was never going to happen.

It’s not clear. Google are withdrawing support, but the product remains. A brave few enterprises may consider of embedding Google Wave collaborating into their intranets, but I doubt it. Although its not their style, if Google had considering partnering or providing API plugs to software such as SocialText, SharePoint, Jive, etc. it may have had a more sustainable future.

Google are trumpeting some of the engineering advances in Wave and how they’ve pushed the limits of the browser. That’s well and good, but it misses the point. This opportunity to considerably enrich the discussion functionality within our intranets seems to have passed.