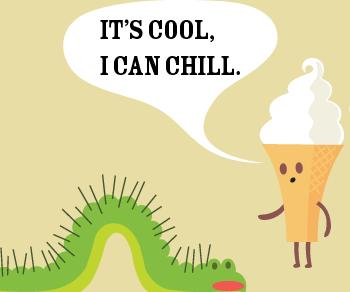 Twitter was built, populated, and promoted by the tech community. That just makes it even more ironic that so many of us techies have terrible Twitter manners. We should know better.

Look technology friends, Twitter is a lovely thing, but when we tweet certain things we make our followers cringe and twitch towards the unfollow button. Do whatever you will, but after reading literally millions of tweets I think that if we cut out the following Tweets we would all be better off.

And of course, I am just as guilty as you are.

Tweeting Every Damn Place You Go

You may think that it is interesting that you are at Whole Foods (because you have the spare coin, right?), but we don’t. The annoying thing is that many ‘must follow’ people in tech are some of the worst Foursquare-on-Twitter abusers.

I may have to follow you, but I hate your Foursquare spam. Tell me when you are at the White House, or the Playboy Mansion, not the carwash.

Your “Epic win today, really stoked about the next three months” tweet, or your “big things afoot and I am smack dab in the middle of it” tweet add nothing to my day other than the fact that I wonder if you can’t write coherently.

Tell me what happened: “My startup just raised $1 million!” Or don’t: “My startup is drying up and is ready to blow away!”

“OMG they ran out of my favorite white wine on the plane.” Oh, they did? Perhaps they did not forecast your taste buds and alcoholism before you boarded. Here is a little pro-tip, drink something else and hush.

You are allowed to whine if you get legitimately screwed: “Someone just stole my backback that had all my computers in it.” If you are not sure, don’t tweet.

I hate this: “Really happy with my new 35″ MacBook Air with 5500 Terabyte SSD, worth the change.” First of all, screw you for having more money than the rest of us. Two, no one cares.

If you work on an Etch-A-Sketch and get your stuff done, so be it. Also, nearly everyone uses Apple products anyways, so all you are saying is that you are a sheep with no hope of ever thinking independently. Get over it.

This is probably the most annoying thing that you can do. Let’s say person X is a big damn deal in tech and has a pile of followers. This person says something witty, and you retweet it. Guess what, now I have to read it twice.

Even worse, because they are so big, if I don’t follow them, it’s for a reason, so you are injecting crap into my stream that I have already opted out from. No thank you.

That about wraps it up. What are your big pet peeves?

Read next: Google speeds up the Chrome testing and feedback loop