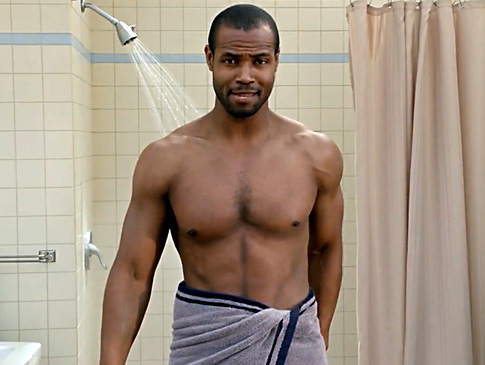 If you’re not reading this post while on a horse/motorcyle/boat while smiling the entire time you obviously don’t use Old Spice. But if you do (or you just like the commercials the guy to the right is in) you can tell @OldSpice that on Twitter and – get this – the Old Spice guy (san shirt and all) will answer your replies in a YouTube video addressed directly to you from a bathroom.

UPDATES: Check out his video responses to a bunch of celebrities that tweeted him throughout the day! Also, our analysis of this brilliant social media campaign. AND a tool you need to try NOW.

He’ll also answer questions from Yahoo Answers, comment on posts and we’re imagining respond to just about anything posted about Old Spice on the Internet (he is, after all, that great, unlike your husband that doesn’t use Old Spice, unless he does, but he still wouldn’t be that great).

How scalable this is going to be is anyone’s guess, but for right now, the Old Spice guy seems to be keeping up pretty well, and the responses are extremely funny, like this one below in response to Digg’s Kevin Rose that went up earlier today. Fantastic stuff.

A huge tip of the hat goes to Orli Yakuel, whose Tweet clued us in (update: and has now got a video reply of its own!). You’ll excuse me now, I have to go swan dive off a waterfall into a hot tub that’s concealing a motorcycle. But I’m keeping my shirt on – I’m a Gillette guy.

UPDATE: Old Spice is still putting up new videos, this (also hilarious) one below to actress Alyssa Milano after she retweeted this post (thanks Alyssa!). We certainly agree with the shirtless Old Spice guy: Tony Danza’s character in Who’s The Boss (and for that matter Tony Danza himself) is an under-appreciated genius.