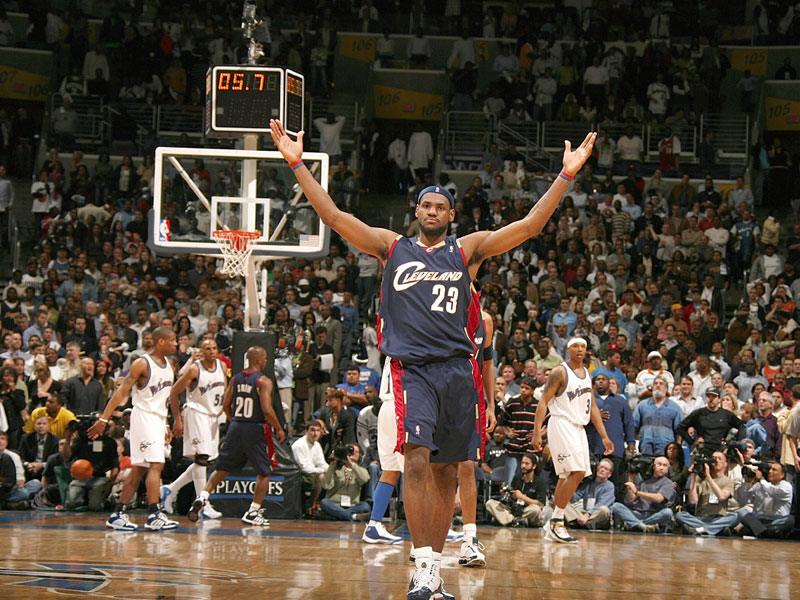 LeBron James, the most sought after free agent in NBA history (at least that’s what he says) has just joined Twitter as @KingJames. He’s already gotten 24K followers and he hasn’t either tweeted or uploaded a photo yet. Oh, and he’s gaining about 1K new followers a minute as we’v been refreshing over the last few minutes.

Should be an entertaining account to follow over the course of the summer. You can bet Bulls, Knicks and Nets fans certainly will be following every tweet. Also, the creation of this account follows right after the NBA started paying for Promoted Trends about LeBron, so maybe this will somehow tie in (or maybe they’ll switch to Promoted Lebron Tweets?)

Of course, we’re not sure whether this account will actually be used by King James himself [update: seems to be him tweeting, see below], or by his (large) public relations team. Lebronjames.com is also being built right now, so it would make sense to expect to see the full range of social media profiles (Facebook, Flickr, YouTube, etc) all with the King James brand.

FYI, confirmation by CNBC’s Darren Rovell in this tweet saying that he talked to LeBron’s publicist and he confirmed.

UPDATE: So LeBron has tweeted, and it would seem as if the tweet actually came from him and not his PR people:

Oh, and he’s already up to 90K+ followers as well.

Read next: Hey Apple! Look at this. Another category swarming with fraudulent apps.