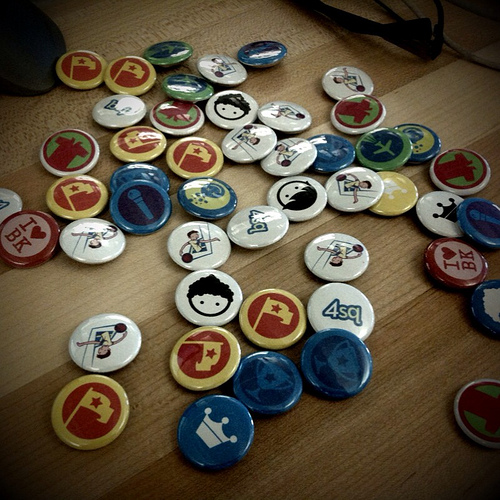 According to our pal Louis Gray, that might very well be the case.  In a well-documented bit of sleuthing, Mr. Gray has put 2 and 2 together and come up with a very likely 4.  Here’s the rundown:

Thing Labs is responsible for a product known as Brizzly.  Think of Brizzly as your own personal Twitter network, where you can control who sees what.  It’s a bit more chat-like than status updates, but also goes into social networks as well as link and media sharing. Now, put this into the perspective of Foursquare.  How about if you were on a Brizzly “picnic” (as their groups are called) and had Foursquare check-in functionality with it?  Combine that with Foursquare’s recent funding of $20 million and you have a perfect setup for the location powerhouse to add even more to its arsenal.

However, blank speculation aside, Gray goes a bit further into the evidence.  He notes that Mike Hirshland, of Polaris Venture Partners, sent out a tweet about a startup getting a buyout offer.  Gray, being the curious-natured fellow he is, dug down to find that Hirshland was a backer of Thing Labs.  Even deeper?  Chris Wetherell, one of the founders of Thing Labs, just made a trip to the Foursquare headquarters quite recently.

The entire story is laid out in painstaking detail on Louis Gray’s blog.  It’s well worth a few minutes of your time.  As Louis says, if he’s wrong, he’ll eat crow.  But we’re willing to lay it on the line that he’s really close, if not dead on.

Update:  A recent tweet from Jason Shellen, CEO of Thing Labs, debunks the rumor.  We, like Shellen, do enjoy the occasional saucy one though, so there’s no harm and no foul.