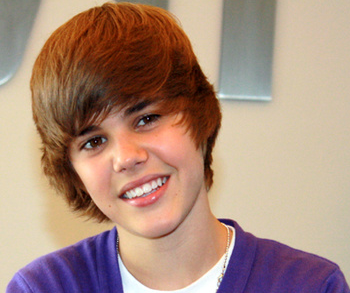 Came here for the Youtube logo?
Use the embed code:

Updates at foot of the post, including statement from Google.

In the past hour it appears YouTube has become the target of a hacker attack, specifically targeting videos of pop singer Justin Bieber.

Videos relating to the star have been hit with a redirect hack with a number of different payloads. We’ve seen one redirect to an infamous, explicit “One Man One Jar” video while another covers the screen in the words “OMG Faggot”. A Twitter search confirms that the problem is widespread. Some users are reporting seeing a banner claiming that Bieber is dead.

So, what’s causing this? Coder Richard Cunningham writes on his Posterous blog that it relates to video comments.

“It looks like they are deliberately using malformed HTML to get past YouTube’s checks for HTML sanitisation in the comments. The comment I’ve seen is using the long forgotten marquee tag and a javascript alert, though in principle it could be expanded to support XSS type flaws.”

Comments on many videos, some not related to Bieber, have code like this on them:

YouTube appears to be deleting or blocking comments on many video pages. The attack comes on the same day as an apparent iTunes App Store hack came to light. We’ll update with more information as we get it.

UPDATE: Discussions on the notorious 4chan bulletin board site point to members of its community being to blame. We won’t link to the site (the link would be unlikely to last long if we did) so here’s a screenshot of one such message.

Reports on 4chan say that YouTube has blocked the script that hackers were using:

An update via Slashdot:

“Several hours ago, someone found an HTML injection vulnerability in YouTube’s comment system, and since then sites such as 4chan have had a field day with popular videos. The bug is triggered by placing a <script> tag at the beginning of a post. The tag itself is escaped, but everything following it is cheerfully placed in the page as is. Blacked out pages with giant red text scrolling across them, shock site redirects, and all sorts of other fun things have been spotted. YouTube has currently blocked such comments from being posted and set the comments section to be hidden by default, and appears to be in the process of removing some of these comments, but the underlying bug does not seem to have been fixed yet.”

Google has sent us the following statement regarding the hack:

“We took swift action to fix a cross-site scripting (XSS) vulnerability on youtube.com that was discovered several hours ago. Comments were temporarily hidden by default within an hour, and we released a complete fix for the issue in about two hours. We’re continuing to study the vulnerability to help prevent similar issues in the future.”

Read next: Probably the greatest Internet story we've heard in some time.