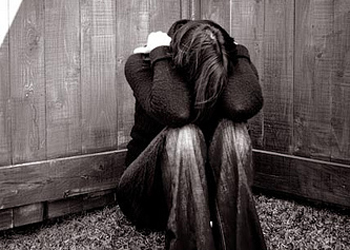 We all know how hard it can be to say “no” to someone to their face – the shock, the rejection, the humiliation. No-one wants to be the cause of that. But do you know what happens when you say “no” to someone’s connection request? I had suspicions, but I thought I should check it out to make sure I didn’t inadvertently cause offence. So I did some research on the cybersnub across the three biggest social networks.

Let’s take two people, Adam and Bob. Bob searched for Adam and sent a friend request.
Facebook’s invite email gives a subtle hint to Adam as to what might happen when it runs the line “To confirm (or quietly ignore) this request go to… “. Adam has two options…

Firstly, it’s worth remembering that Twitter is an open platform. You can only cyber-snub someone if you’ve protected your tweets, otherwise anyone can follow you.

Note: all research took place on LinkedIn’s new look Inbox. Where I know of differences between the new and the old Inboxes, I’ve indicated them.

The same protagonists doing the same thing – Bob searched for Adam and sent an invite for Adam to join his network.

In both cases, once Adam has declined Bob’s invite, Bob can find Adam via the search. To trigger a second invite he will need to provide Adam’s email address. If Bob provides the address, the invite is sent but Adam doesn’t receive another “Join my network on LinkedIn email”. Instead, the invite appears in his invitations Inbox as “blocked” and Adam has to select to unblock it before he can see and act on the invite.

All networks have taken the silent snub approach. None of the networks send the invitor a notification that they’ve been cybersnubbed.

Is it too late?

Maybe this comes too late for you and you’ve already got people in your network that you just don’t want. Don’t worry, I tried the defriending on all networks and all that happens is that the connection is broken. None of the networks inform the newly lonely that they’ve been defriended, they just silently drop out of the network.

What does it all mean? Well, at least you can feel a bit more confident about ignoring requests from people you want to keep out of your network. If they cotton on and send repeated invitations, you’re probably wise to avoid the stalker anyway.

Read next: Unlocked Dell Streak On Sale Next Month For $500 In US