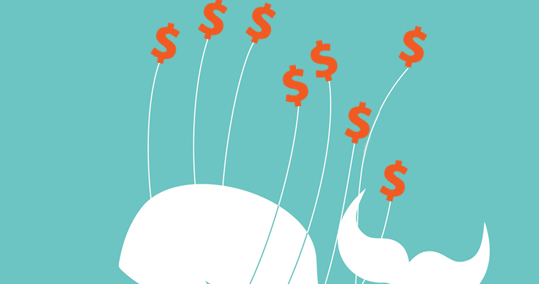 Most twitter users and blogs, including ourselves, assumed that would be it for the various ad networks that had attempted to monetize by paying users to tweet. Since the announcement however, a number of high profile in-stream ad networks have made their thoughts on the news known. All of the companies have said that they support twitter’s decision to ban in-stream ads and that it’s business as usual…which is baffling. Baffling to the point where it makes me believe they know something we don’t.

Arnie Gullov-Singh, the CEO of Ad.ly, the most popular of the various ad networks announced that:

“Ad.ly has, and still is operating under Twitter’s approved guidelines and terms of service for advertising on its platform. We look forward to continuing to create long term value for our advertisers and publishers, both of whom are key constituents in the stream ecosystem.”

Bindu Reddy, the CEO and co-founder of MyLikes, insists in an interview with blogger (and advisor) Louis Gray that it won’t be going anywhere and that twitter is only targeting ad networks that “randomly” insert ads into timelines rather than companies such as here that do so manually. Which might be true but there’s no mention of that from twitter – and it seems like an odd exception for twitter to make.

What is interesting is that when I contacted twitter about Ad.ly’s initial response and I was directed to some of twitter’s ad-center FAQ’s that mention the following:

Q. Does the new TOS affect any services that are currently available?

A. We are aware of a few companies who will be impacted by this change, and we reached out to them before publishing the updated TOS. We’re working with companies in the ecosystem to help them understand the policy, as well as find areas where they can innovate and monetize their Twitter-driven content.

Q. Does the new TOS impact individuals who are paid to Tweet?

A. We don’t seek to control what users Tweet, and users own their Tweets. As with any practice, however, we are following this activity and will prohibit practices that have harmful effects on our ecosystem.

That’s pretty telling. Both imply that it’s possible twitter will let the companies continue to run as long as it has no “harmful effects” on the twitter ecosystem – however I’m not quite sure what constitues as harmful. It also implies that some  of these twitter in-stream ad networks were contacted before the announcement had been made and possibly have agreements in place with twitter – maybe even to share ad revenue. I say that not on a whim, twitter has actually changed it’s terms and conditions to say:

“In cases where Twitter content is the basis (in whole or in part) of the advertising sale, we require you to compensate us (recoupable against any fees payable to Twitter for data licensing). For example, you may sell sponsorships or branding around gadgets or iframes that include Tweets and other customized visualizations of Twitter. Please contact us for questions and information at [email protected], or to notify us of an advertising opportunity.”

In fact, everything in twitter’s announcement and its terms & conditions stipulates that advertising within streams is completely banned. This leads me to believe that the in-stream ad companies who insist it’s all “business as usual” either: a) do have agreements in place with twitter, b) plan to remove anything that makes tweets look like ads, c) they’re just  going with it and hoping for the best or, d) they know something we don’t. Which of the above? Your guess is as good as mine.

Read next: "Firefox Home" is Mozilla's Attempt to Bring Firefox to the iPhone