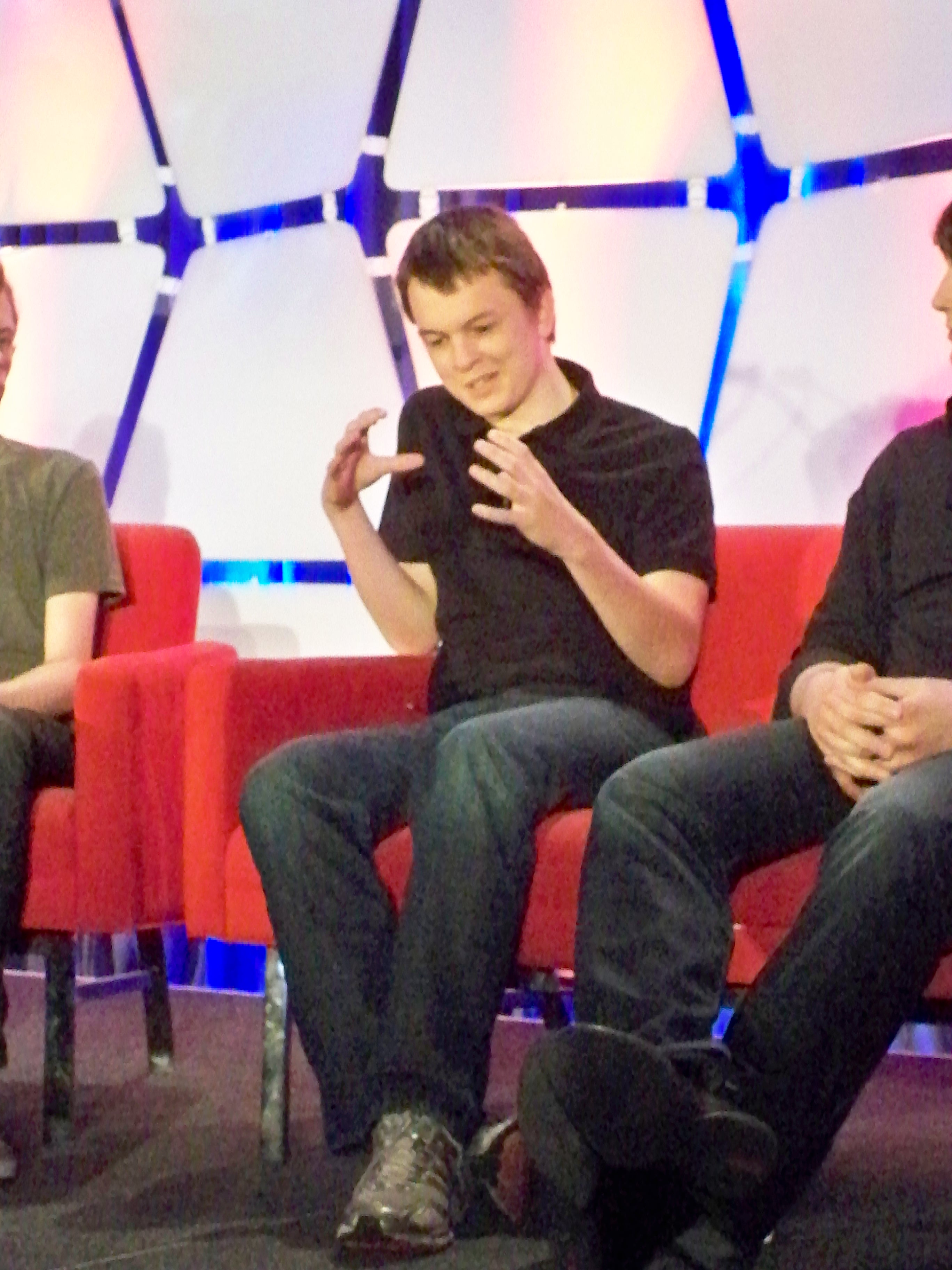 “When I was creating the first version, I liked being able to see myself, but I also liked to see other people,” said teenage Chatroulette founder Andrey Ternovskiy just now at TechCrunch Disrupt in NYC.

“It’s an interesting feeling to create something little that has grown into something that is uncontrolable – it’s like a grown up baby…it was just an experiement, something like this didn’t exist before, and people just used it for this [i.e. shirtless – and worse – people on Chatroulette]”.

“I think that sometimes advertising if placed properly can add [value] to the page and actually not distract users from the page. My focus so far has been to have users concentrate on the interface, and I’ve actually just removed everything from the interface [that was] in English. If you could put advertisement that way so that it could not distract users, and make it more diverse,” said Ternovskiy.

Asked if she would ever pay for ads on Chatroulette, Judy Hu a global ad exec at GE, politely changed the subject.

“I have some ideas that in the future people will be focused on communication [using] video or audio. Increased bandwidth will allow people to not have to leave their house at all, to see their friends and family [without leaving],” said the Russian startup’s founder.

“People like in-person communication more than online [now]. But I think that this might crack in the future. I think that if you see a person with a high quality webcam and screen, you’ll see them better. I think that video before was very underwhelming, but if in the future, people will think ‘why would I travel all the way to Russia when I can see my family on TV?” concluded Ternovskiy.

Read next: Chrome for Mac and Linux out of beta. New Release For All Platforms "Fastest Yet."