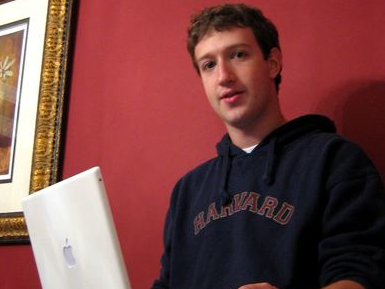 Facebook has been through an intense week of criticism and debate over its privacy issues. It all stems primarily from its recent Open Graph announcement and move to make everyones Facebok info public unless they choose to flick the switch back to private again. Unfortunately it isn’t quite as straight forward as “flicking the switch.”

In a surprising turn of events Facebook CEO Mark Zuckerberg has responded personally to the complaints.

In an email response to tech celeb Robert Scoble, Zuckerberg accepts that the company has “made a bunch of mistakes.” He says that he has remained quiet on the matter because he’d “like to show an improved product rather than just talk about things we might do.” He also goes onto say that the company will be announcing changes this week and wants to make sure that they “get this stuff right this time”.

We’ve been listening to all the feedback and have been trying to distill it down to the key things we need to improve. I’d like to show an improved product rather than just talk about things we might do.

We’re going to be ready to start talking about some of the new things we’ve built this week. I want to make sure we get this stuff right this time.

I know we’ve made a bunch of mistakes, but my hope at the end of this is that the service ends up in a better place and that people understand that our intentions are in the right place and we respond to the feedback from the people we serve.

I hope we’ll get a chance to catch up in person sometime this week. Let me know if you have any thoughts for me before then.

There are two ways to see this form of personal response. One, as one commenter put it, Zuckerberg is using Scoble as a tool to put himself and Facebook in a better light with early adopters and tech fanatics (most of Scoble’s readers and followers are). The other is to see this as a genuine attempt to accept there have been problems and  reach out to calm fears by personally contacting someone who Zuckerberg knows many (of the right) people trust and will listen to.

My perspective. I couldn’t care less.  As long as fixes come and they are actual fixes this is a step in right direction no? Oh and when I say “actual fixes”, I mean fixes that make it as straight forward as it is on twitter to keep your info public or private. I’m not implying its easy to build but surely its possible for the smart minds at Facebook to accomplish.

The email that triggered Zuckerberg’s response came from a Scoble email with the subject “Mark, you’ve done some serious damage to the trust we have in Facebook.” Screenshot of the thread can be found below.