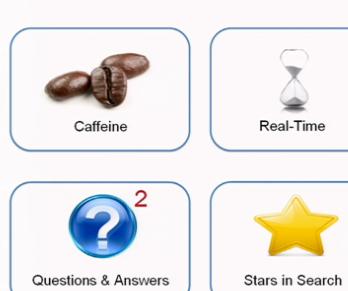 Echo (formally JS-Kit) has announced a number of new high-profile clients that are running their real-time comment system.

Robust commenting and aggregation of basically all of the conversations around an article, or video, or whatever piece of content the publisher wants to aggregate isn’t easy, as anyone that has run a large website can attest. Commenting systems often break and figuring out who is saying what, where, and all in one place is becoming increasingly important. So basically, Echo’s value proposition is that they meet these needs for large web properties.

According to Khris Loux, Echo’s CEO, “Publishers want a cross-platform solution that is scalable – they don’t want to even attempt to build these things anymore.” Loux (a former speaker at The Next Web Conference) explained it this way, “For example, Twitter users generate a thousand tweets per second – we have to go in and extract all of the relevant tweets from that stream to serve them – in real-time – into our client’s Echo stream on their site. That alone takes a lot of computing power.”

We asked Loux how Facebook’s Open Social API has effected Echo’s marketplace, he responded, “The people that we talk to are very uncomfortable with Facebook owning their data. With Echo, our clients own all of the comments, likes, whatever that are produced on their site, and then we can push it out or pull it in from Twitter and Facebook, so Echo is a solution that gives them what they want – everything.”

We were also were interested in whether Echo has any plans to incorporate location – especially geotagging of content – into their stream. Chris Saad, their VP of Strategy (and also a former The Next Web Conference speaker!) said, “while we don’t have anything in the works right now, this is certainly something we find interesting.”

Echo – like Facebook’s social plugins – works with just a couple of lines of HTML code and for smaller sites (up to 100K page views per month) Echo Pro is available for a $99 per year with a 30-day trial. The Echo team plans work on channel partnerships for Pro in the future with the idea that it could be included as part of a website package or agency buy.

That said, Echo’s main focus will continue to be on attracting and signing up large scale web publishers such as the ones listed above. Echo’s main competitors are often considered to be Disqus, and to a lesser extent Facebook and native blogging commenting systems like WordPress’. Echo’s real-time no-refresh-needed interface, however, is slicker than any of them (and of course, not free like the others). Their enterprise version promises stuff corporate IT professionals expect: white label, 99.9% uptime and SLA support.

Echo/JS-Kit has raised a total of $3.8 million from Altos Ventures and TEF3.

Read next: Troubleshooting: you are doing it wrong