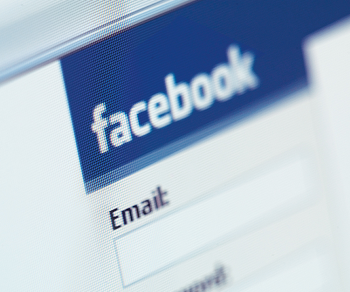 I am writing to you today as a concerned user of Facebook. I’m sure you’ve read similar things in the very recent past, but I’d like to add my 2 cents.

With the new ideas that you’ve implemented on Facebook, you have some great possibilities. I think that many of us would welcome the ability to centralize a lot of our Internet activity, and to share that in a social manner.

The issues, however, lie in how you’ve chosen to integrate these ideas.

Clearly, Facebook is not Google but you should stop to consider the fact that we are not just a flock of numbered sheep. We are your users, and we’re frankly pretty tired of being pawns. Obviously, your business has to make money. In fact, we want you to do just that. But not at the cost of our privacy and by providing us with a lack of options.

There should be more exclusivity across your platform. Opting out of one thing should not prevent me from using something else unrelated. That’s called punishment, not architecture. Perhaps some of the users of your service are children, but we’re also called your customers. Treat us as customers first and you’ll likely have fewer problems moving forward.

I find it almost humorous that your company has dismissed our complaints. The problem, though, is that it’s not funny. It’s dangerous to you and your company. True, the average user might not care much about privacy, because they’ve never been adversely affected by it. But give it time and they will be. Then what do you do with that backlash? Of course, I can already hear the response – “they can leave if they don’t like it”. Many have and many more will. But even upon making that decision, your company continues a flow of deceit. You show us pictures of people in our friends and tell us that they will not be able to communicate with us anymore. Really, Mr. Zuckerberg? Last time I checked, my fiancée knew where I lived.

In short, you are your own worst enemy when it comes to figuring out what people will like. Just because a group within the Facebook compound thinks that something is cool, that is not representative of the rest of the population. You’re uniquely unqualified to make that decision. You see everything you do as amazing. We see it as another annoying step required to operate how we wish.

So keep listening to the “Like” buttons of the 12 year olds, when your fastest growth numbers are in their 50’s and 60’s. Keep blindly stumbling into more “features” that will tell the world the last time I blew my nose. Keep forcing me to spend an hour updating my settings each time that you decide it’s time to change the base of how your site works. You keep doing these things, and I’ll keep preaching the gospel against your ignorance for what your customers truly want.

Oh, and while you’re at it, keep screwing over Zynga. If you want to make a lot of us happy by not having to hide Farmville status updates, keep forcing Zenga’s hand until they leave Facebook.

Read next: Television is a drug