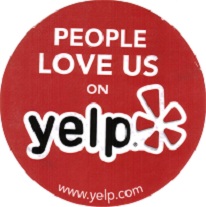 Yelp has just announced a series of measures to increase transparency on their site.

In a blog post, the company’s CEO Jeremy Stoppelman stated that Yelp would discontinue the site’s Favorite Review for businesses that advertise with the company. In addition, the company said that they would allow filtered reviews to be seen in a dropdown tab at the bottom of a business’ page.

Looking through the shill reviews that Yelp’s algorithm filtered out brings to mind a single thought, “Wow. It’s like viewing Yelp through Citysearch goggles.“

Part of what makes Yelp such a great service is the quality of the review scores on their site. Often, when you look at a business’ Citysearch page, the quality of the business is nearly impossible to discern because of the incredible abundance of shill reviews.

If a business has 30 5-star reviews from reviewers that review only one business, it can easily outweigh the accurate reviews of the business. On Citysearch, it’s easy for duplicitous business owners to cover up negative reviews by shilling.

Based on these inaccurate reviews, it’s easy to make a mistake when choosing a business from Citysearch. For example, a Japanese restaurant I went to only once (terrible food) currently has a 4.5 star rating on Citysearch. The same restaurant has a bevy of 1-star and 2-star reviews on Yelp and currently sits at a 2.5 star average, which seems much more accurate. When parsing through the reviews they filtered out, it’s easy to see that the eight five-star reviews removed by the Yelp algorithm were correctly removed.

Unfortunately, this algorithm, a large part of what makes Yelp a great site, has sparked controversy. Since Yelp clearly has a vested interest in keeping their special sauce secret, a false belief that Yelp is trying to extort businesses has popped up in the last few months. This lead to the handful of frivolous lawsuits filed last month.

By exposing (to some extent) why certain reviews are deleted and others are not, Yelp hopes to prove that the charges levied against them are false. Based on my experiences exploring the reviews the algorithm filtered, they’ve succeeded.