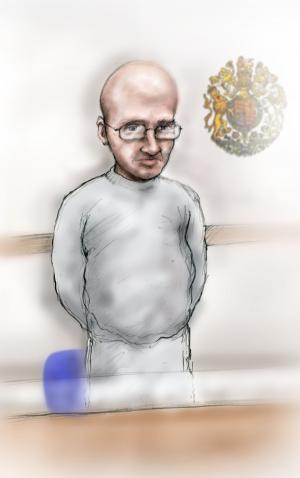 While Facebook gets a lot of the attention when it comes to ‘sexy’ marketing campaigns by brands, there are some great examples from Twitter, that show how brands are using the platform to their advantage, to engage with followers in new ways. We’ve put together a list of some of our favourite Twitter marketing campaigns, to provide you with some inspiration and great case studies for reference :

A great example of a live and interactive Twitter campaign from Volkswagen in February this year, to promote their sponsorship of the Planeta Terra Festival. They hid tickets to the festival all over the city, and shared the location with users via a map. The trick was however, that the map (using Google Maps) would only zoom in to reveal the locations based on how many people shared the hashtag #foxatplanetaterra on Twitter :

The campaign was a huge success for Volkswagen, as within 2 hours the hashtag was a trending topic in Brazil – not an easy feat. This campaign also worked because it was incredibly targeted to the right audience. They wanted to promote the festival to local people, and this was achieved by integrating the online element with the real-world treasure hunt. The great thing about this campaign is that it’s a relatively simple mechanic, just done really really well. There was no investment in an expensive app, just a creative an engaging campaign that got people hunting all over the city and engaging with the Volkswagen brand.

An excellent , live campaign from Ben and Jerry’s that was recently launched to raise awareness of World Fair Trade Day. The application is run via a microsite that puts all your unused Twitter characters to good use, by filling them out with messages that promote the cause :

The site is incredibly easy to use. You simply type out your tweet as you normally would, and Ben & Jerry’s do the rest for you, populating your tweet with their messages, which decrease the more you write. The good thing about this campaign is that it requires very little from the user. Often you see campaigns that require you to connect with an app, perform a task and then auto-tweet it to promote a good cause, but this is simply fun, quick and quirky and a great way to spread awareness. The concept also resonates with Twitter users because it has such careful consideration of the platform as well. If you’re not going to use the characters yourself, why not virtually donate them to a good cause?

A brilliant example here of a company using Twitter’s new Promoted Tweets product to create an engaging and personalised Twitter experience for people. Radioshack ran their sponsored tweet, asking people to upload a picture of themselves with their hand stretched out, accompanied by the hashtag #ifihadsuperpowers , for the chance to win a prize. At the time of the promotion, users weren’t really aware of why they were doing this, but given the chance to win a prize, people will surely give it a go! What came next was a surprise, as the team behind Radioshack spent the day transforming the photos to individually add a mask and a cape, and tweet the new photo back to the user :

The combination of an interactive campaign and the Promoted Tweets product clearly works for Radioshack, as it’s not the first time they’ve experimented with this. At a conference to discuss their previous Twitter ad campaign, CMO Lee Applbaum claims that the ROI was ‘stratospheric’, with a sponsored tweet receiving 65 million impressions within 24 hours. Though of course a tweet from Lance Armstrong helped as well.

A brave campaign from Nestle here, coming as an early example of a brand integrating Twitter into their ad campaign. In 2009, Nestle launched an innovative ad format that served up realtime tweets all across the web. They launched the ad units on different sites, and asked questions related to parenting such as ‘How do you stimulate your child’s mind?’. Users that were logged into Twitter could then fill out these ads directly with their answer. The comments then appeared in the online ads, as well as going into Nestle’s Twitter feed. All the comments were premoderated by Nestle, a fairly crucial part in the success of this campaign. This is one of the only Twitter examples I’ve seen of this kind, with a brand putting it’s ad messaging firmly into the hands of the user. It’s a great example of a company relinquishing control of their brand and deciding to let the their community do the talking. This was also a good example of a fully integrated social media campaign, as users who clicked on the ads instead of populating them with a tweet, were taken to a Youtube channel containing promotional videos, tips and advice on parenting courtesy of Nestle. They can get it right sometimes!

An adventurous campaign from Jeep here, courtesy of Leo Burnett Iberia, to promote their latest model. They created the online puzzle using new Twitter profiles, which users had to follow in order to unlock clues. Each Twitter profile was following a further 12 Twitter profiles, that contained a picture clue. Each profile picture was a piece in the puzzle. This was brought back strongly to the Jeep brand, as the images were pictures of scenery only accessible with a Jeep. It might sound a little complex, so check it out in action below :

Now for some this might seem like quite a convoluted campaign, but what I like about this is that it shows a real understanding of the Twitter platform, taking an aspect we would all be familiar with (the layout of profile pictures of who you’re following) and bringing it to life in a new way. As with other examples as well, it shows what’s possible when you get creative and use the Twitter platform functions available to you, in a completely new way to entice your users into engaging with your brand.

Read next: The Video Confession of a Facebook Murderer