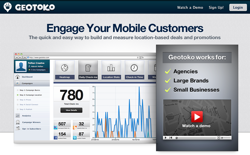 Update – And just like that the Dalai Lama has jumped to over a thousand followers, tripling his count in just a few minutes. Hard to keep secrets on Twitter.

The account is verified, and according to his three tweets, he joined around 12 hours ago. You can find his account here.

He has just 354 followers so it’s likely that no one knows that he is tweeting away in his saffron robes. Look for his Twitter follower account to explode in the next few hours as everyone picks up the story.

What are you going to ask him?

Read next: Get HTML5 Video In Internet Explorer With This Plugin