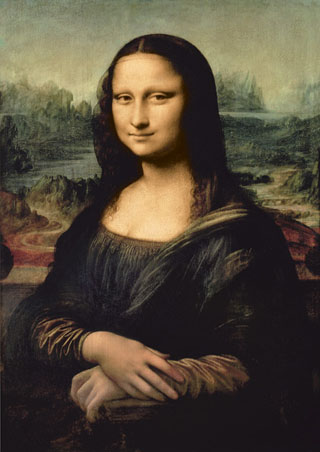 Leonardo da Vinci is known to this day as one of the greats — a true Renaissance man. It seems rare to find someone with such knowledge and expertise that spans many disciplines, and sometimes I feel like the term “expert” is cheapened these days.

An artist myself, I find that I tap into many of the talented masters of years past for inspiration — not only for my art, but for social networking. Da Vinci’s nuggets of wisdom are a breath of fresh air, and he provides insight that has spanned over five centuries.

“All our knowledge has it’s origins in our perceptions.”

It’s all about our perception of the world. What we know is limited to our own experiences — what we have learned and gained from our senses. Even if you gain knowledge from another source, it’s still filtered. Despite what you may think, it can be very hard to be even a little unbiased. It can be a pretty small box we live in.

So, when you interact with someone — a new client, friend, Twitter follower — be mindful of your own view on the world, and that there are many other ways of looking at things, or attacking a problem. Open your mind.

“Anyone who conducts an argument by appealing to authority is not using his intelligence; he is just using his memory.”

This can tie into the above, but is also more serious. It’s something that personally bugs me, actually. When I hear, or read, someone forcing an opinion on others and justifying it with their status, I see red. Appealing to authority is not only a huge fallacy, but just makes the speaker look foolish.

When you interact on your blog, podcast, Twitter — or wherever — giving off an air of superiority will not get you far. Even if you do have more knowledge of a specific subject, it’s how you speak that will make more of an impression. Indeed, it can be a challenge in a world of text, but be sure to engage with your audience in a way that makes them feel on the same level as you.

And just because someone of status is doing it, doesn’t mean that it’s great — or terrible either. What matters is that you march to the beat of your own drum, but make sure you own the outcome.

“Art is never finished, only abandoned.”

When I see this quote, I think of all the social networks that have fallen from grace. I realize that it takes time and money to keep a new startup afloat, but those aren’t the only things. Passion and drive will get you far.

Facebook, for example, has come a very, very long way — and not because it was simply left in the wild to flourish. The people behind Facebook consistently shape the network, how it looks, and even what it can do. It is their work of art. Even if a venture fails, a spark is left behind, to make the next one that much better.

It’s pretty cutthroat on the Internet, but you won’t move forward if you give up.

“Common sense is that which judges the things given to it by other senses.”

You’re about to post that alcohol-soaked Tweet, but that little voice in the back of your mind stops you. Common sense is something many people surprisingly lack, and it can show itself plainly online. I’ve said it many times before: The Internet remembers everything. Google is your friend, but they don’t forget. The Tweets you post, the pictures you upload and the location statuses you push are all there, for the world to see (unless your privacy settings and the Terms of Service say so). Be smart and safe about what you put out there.

Saying you’re going to do something isn’t enough. The Internet provides vast resources to those who are willing to learn, but you need to apply those things. You can read all the blogs in the world, advising you how to manage your company’s social media strategy, but you can’t be afraid to try.

We’re all still learning this game; if you mess up, the important part is what you do about it after. Trying to cover you ass will not make people happy. Honesty is appreciated, and praised.

“Life is pretty simple: You do some stuff. Most fails. Some works. You do more of what works. If it works big, others quickly copy it. Then you do something else. The trick is the doing something else.”

I believe that imitation is the sincerest form of flattery. That’s well and good, but move on. If you’ve succeeded in creating something great, move on to do something better. Be that driving force, and do something different in the world. Even if it takes you to unfamiliar territory, or reading little nuggets of advice from long dead Renaissance men, find your inspiration. Do something new to engage. Do something different to provide value to your audience.