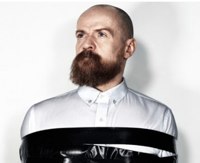 Last September, the winners of the ‘Netflix Prize,’ an open contest to develop an improved movie recommendations engine, were announced. I was personally curious about the contest because I had quit the service precisely for the issue that it was trying to solve: I was having trouble discovering new movies to watch via Netflix’s system of recommendations.

I rejoined the service recently to see if there have been noticeable improvements to the recommendations and was disappointed to see lack of progress. As before, the recommendations appeared either irrelevant, unappealing or obvious. An advanced algorithm is hardly necessary to recommend a James Bond film, if I had rated positively other films in the James Bond series. That vast majority of the 31 recommended movies Netflix suggested (based on 370 of my movie ratings) were of the ‘too obvious’ category.

Netflix announced that it will hold Round II of its contest and this time will incorporate additional factors such as “ages, gender, ZIP codes, genre ratings and previously chosen movies,” yet it is hard to believe that this approach will yield results.

Similarly, Amazon.com has struggled with a recommendations engine for much longer than Netflix and is still far from successful.

It seems to me that Google’s approach to social search (which moved to Beta several days ago) is aimed precisely at solving these types of problems. When technology finds a limit, it’s your network that can come to the rescue.

The same principle lies behind the reasoning of why Twitter was hyped as a Google Search competitor several months ago — leveraging the wisdom of your network can beat sophisticated technology. That may not happen outright, but social elements can fill technological gaps.

Even though Netflix does have some community features such as friend suggestions and Facebook connect, they do not seem to be integrated into the larger recommendations engine so the burden to discover new film choices is still on the user. Google’s example of elegant integration of social content into its regular results would serve Netflix well.

Perhaps sometime in the future, a recommendation for me could be slightly less obvious than From Russia with Love.

Read next: Don't get excited but there's an iPhone Firmware Update out now.