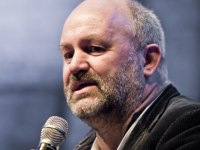 Demi Moore and Kevin Bacon have partnered with Pepsi on the “Pepsi Refresh Project,” a scheme that will see Pepsi award more than $20 million in 2010 to various community projects across the globe.

The project is Pepsi’s answer to ditching Superbowl advertising in favour of a more socially conscious form of advertising. A trend that is becoming increasingly more familiar as social media activity continues to grow.

Pepsi Refresh will fund projects in six categories: Health, Arts & Culture, Food & Shelter, The Planet, Neighborhoods and Education. Where do Moore and Bacon come in you ask? Well, both will compete head on in a ‘Pepsi Refresh Celebrity Challenge‘ that will see the stars compete for support for their own social change ideas.

The Pepsi Refresh Project itself launched on January 13th and has already surpassed the monthly limit of 1,000 submissions in less than seven days.

So how do you get involved? You can vote for your favorite idea on the project’s Facebook fan page and Pepsi will then grant $250,000 to the idea that wins the most votes.

You can also keep tabs on the project at www.refresheverything.com, or on Twitter, @Pepsi or #pepsirefresh.

Watch Demi Moore discuss the project and how Social Media is changing how companies market themselves below. On a side note: Will Moore keep getting prettier with age?