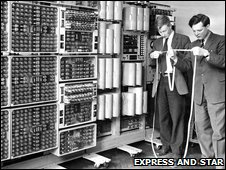 Twitter tells us it is planning to release all of its old, neglected usernames from inactive accounts for others to grab – and some of them are bound to be in big demand.

Many early users of the service picked up short usernames (first names and catchy short words) but since then have decided to abandon them. Unfortunately, they’re kept under lock-and-key by Twitter. There’s virtually no way to get hold of a previously owned Twitter name that you really want.

In actual fact, unused accounts aren’t deleted. Unless an account has breached Terms of Service (for example by sending spam messages) it sits idle and unloved.

Backdoor routes to your ideal username

As covered by our Editor-in-Chief, Zee a year ago, there used to be a ‘semi-official’ way to grab a username by simply contacting Twitter with the details of the inactive username that you wanted to take. Maybe in part thanks to the demand generated by that post, the service was discontinued.

Now, the only time Twitter will transfer ownership of a username to you is if you own a trademark relating to the name. Back on my old blog 14sandwiches I covered the story of how the BBC got control of the @BBCNews name from someone who misused it.

Besides that the only way to get Twitter to give you a username is if you know the right people. Journalist and podcaster Ewan Spence managed to switch from @EwanSpence to @Ewan by, as he wittily put it, “hanging around the internet till I used the irl.api and bumped into the right person at Las Vegas”.

A official solution is on the way

We reached out to Twitter for comment on this matter and a spokesperson for the company told me that the company plans to release all inactive usernames and deleted usernames in the future but doesn’t have a date set yet.

If you’ve got your eyes on an inactive username, sit tight and get ready to pounce when Twitter flicks the switch. There’s likely to be race for the really hot ones. You may still be waiting some time but we’ll let you know if we hear any more news about exactly when this might happen.

Read next: iPhone 4.0 To Run Apps In Background, Have System-Wide Multi-touch