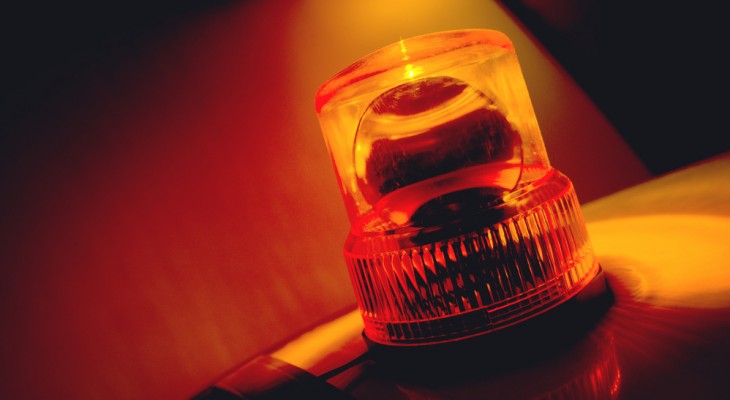 There is an old adage that any press is good press, meaning eyes on the brand and the company are better than no eyes at all, even if that news is unexpected or negative. This, of course, is debatable, but little positive sentiment has come of social media blunders. Instead, these situations are associated with scandal, embarrassment, and human resources issues.

At this point in the digital age, companies are investing both time and money in growing their social communities. There are guidelines around the voice, tone, what makes for informative and entertaining content, and what the social media team should—and shouldn’t—post.

Through this careful attention to detail, the community engages with your brand and advocates for your mission, whether they are promoting goods like quality clothing, organic food products, new music, or services like 24/7 tech customer support or personal training.

Perhaps it was the wrong use of a hashtag, like the recent example of DiGiorno attempting to advertise pizza with a trending hashtag, #WhyIStayed, which was intended to call attention to domestic violence.

In this case, the faux pas came from a lack of contextual understanding. The social media team thought this Tweet was clever, but instead, it offended a passionate public tweeting personal stories related to a troubling societal issue.

Or take the social media admin that accidentally posted a message from a corporate account instead of a personal one. It’s more common than you think! One example is the Chrysler employee who tweeted a frustrated negative comment about Detroit.

If that was not embarrassing enough, the Tweet was posted while the brand was running celebratory Detroit ads.

But mistakes do happen

Humans are prone to errors and and technology is not infallible. However, a social media mistake will not be the end; the sun will rise again and business will proceed.

To avoid any long-standing damage to the brand and reverse any drops in community size, here are the steps you need to take to minimize the fall-out.

Each social media mistake is unique and the follow-up should be considered from multiple angles. What worked for one brand may not work for another.

Consider the issue, who is affected, how the brand is affected, and which teams (management, PR, legal, HR) should be involved.

If you can delete the social media post in question, take time to have the tough conversation with your team to discuss the pros and cons of deleting. Removal will stop the original post from virally spreading though in-platform shares, but there will be screenshots that will run in the media if the trip-up was epic enough, so it cannot be permanently forgotten.

However, no longer “owning” the post allows the brand to move forward from it with the appropriate actions.

While taking the time to determine strategy, delay all social media efforts. If using a tool like Hootsuite for conveniently auto-scheduling posts at optimal times across your social media outlets, delete any previously schedule messages.

Tesco, a UK supermarket chain, fell under fire when news about horse meat in its beef burger emerged. While dealing with the negative backlash, the Tesco Twitter account clearly forgot to delete scheduled Tweets and a reference to “hitting the hay” was ironically and unfortunately posted during the incident.

Until you’re ready to offer a statement in regards to the mistake, silence is better than giving the appearance that the brand is avoiding the conversation through unrelated and/or inappropriately timed content.

If there is going to be a conversation about your brand—positive or negative—following a social media mistake and at all times, the brand should be the first one to know about it. Knowledge means power to best understand, manage, and work toward control of the situation.

Using a tool such as uberVU via Hootsuite offers real-time alerts of spikes in brand mentions, activity, and sentiment.

The more you know about what happened and the public’s current perception of your brand, the better you can equip a company spokesperson to offer a press release and media statement, if necessary.

If it’s already broken, don’t break it some more

If the train has already been wrecked, do not keep driving the broken mode of transportation. We must remember that people—living, breathing humans with paradigms, emotions, and personalities—run social media accounts. It’s important to remain empathetic toward those involved with the mistake, as opposed to bringing personal bias into the situation.

Local restaurant owners of Amy’s Baking Company in Scottsdale, Arizona ascended to Internet fame following an episode of “Ramsay’s Kitchen Nightmares” where Chef Ramsay walked off the show due to the couple being too difficult to work with.

The small company’s social media accounts then posted multiple defensive, aggressive, and threatening comments directed to the public negative backlash toward the operation. Instead of apologizing and reaffirming the company’s values, the couple attested that their accounts had been hacked and they were investigating the security breach with the FBI (which seemed unlikely).

This is not the responsible way to deal with bad press. Respond in a calm, cool, collected manner that respects the livelihood of your brand.

The best thing you can do is offer a genuine apology. This sounds easy, but there are a million excuses that can be made when technology is involved.

DiGiorno apologized with a single, simple statement about the user’s lack of knowledge in the wrongly utilized hashtag incident. The account then responded personally to each user who had interacted with them on Twitter about the incident.

Chick-fil-A offers a case study of how being dishonest disrespects the loyalty and trust of a community. While the company could not control the opinions in opposition of gay marriage publically offered by the fast food chain’s president, it could control its actions in the social media backlash.

As the public spoke out against the company in protest of the opinions, Chick-fil-A created fake Facebook profiles to serve as brand advocates on the company’s behalf by responding to negative comments. It was clear the company, leading to yet another scandal for the company, had created the profiles.

Take ownership of your responses. Deferring or faking it looks amateur and guilty.

Unique responses to an audience engaging with the brand on a social blunder are essential. A laundry list of approved messages to copy-and-paste in response will not cut it.

Spend the extra time to fix the damage with some hard work. Otherwise, it appears that the brand messed up and does not care enough to deal with the issue.

Do not deprecate the brand—the mistake may have already done this—with statements like, “We were stupid” or “We didn’t understand.” Show strength with a straightforward apology mixed with vernacular language centered on the brand’s mission and values.

Like most news in our 24/7 news cycle, your brand’s blunder will likely blow over quickly pending any further upsets to the damage control. To avoid future errors, have all admins follow a few basic actions prior to posting on your brand’s social media channels.

Social media messes are not fun for anyone involved. Utilize the #fail as a chance to take a step back and re-evaluate the social media policy for your company.

Read next: How to integrate social media into unexpected parts of your business

This post is part of a new series titled “Business Social,” and is brought to you by Hootsuite.