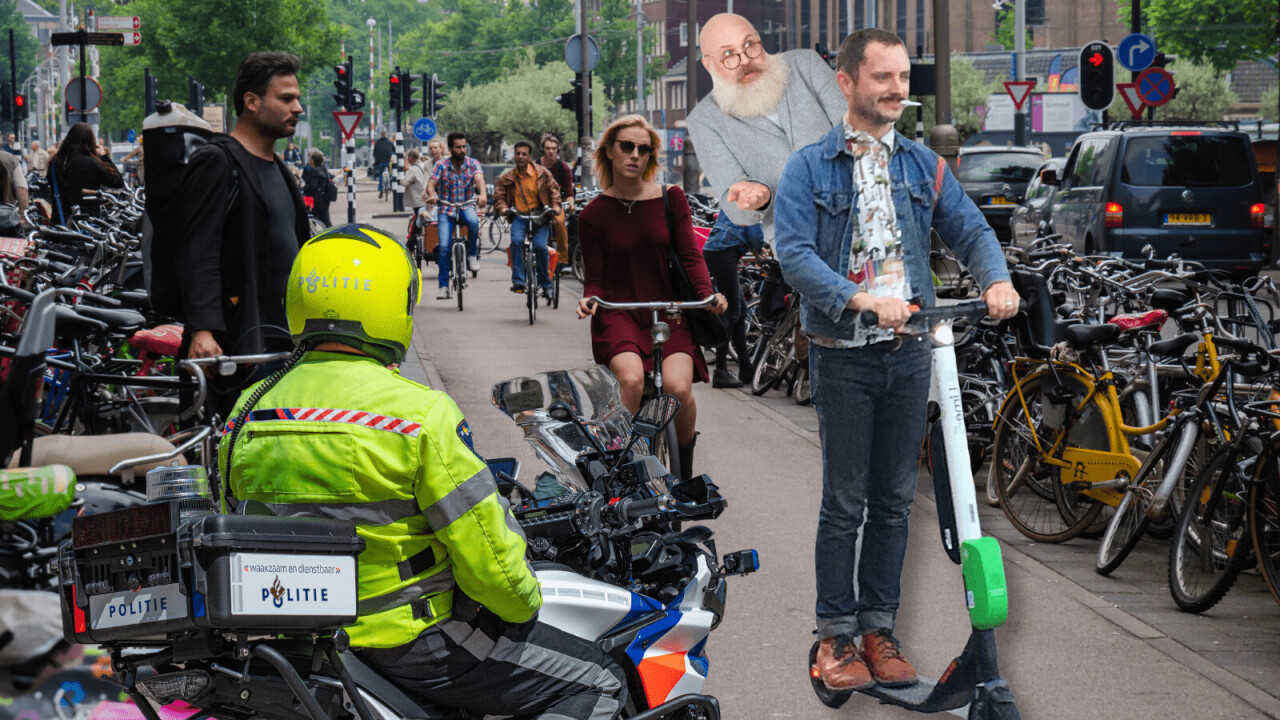 It doesn’t sound entirely fair, but the Dutch government has been confiscating and selling “illegal” e-scooters and e-skateboards at auction.

According to a report by Dutch news outlet NOS, the department responsible for moveable property (DRZ), within the Ministry of Finance, is selling the mobility devices. The matter was uncovered by Legaal Rijden, a Dutch group that’s lobbying for the legalization of electrified personal mobility tech.

[Read: E-scooters are just as safe as cycling, but that’s not saying much]

In the Netherlands, e-scooters are illegal when used on public roads, but there are no restrictions on buying and selling them to use on private land. However, according to NOS, many of the DRZ’s online auction adverts for the confiscated e-scooters don’t even mention that the devices can’t be used in public spaces.

This omissions have since been rectified, but it doesn’t change the paradox that the government is seizing the devices and then selling them back to the public, making money in the process. Chances are, some of these e-scooters will find their way back on to public roads, and could be confiscated and sold again.

While it’s common practice to auction goods seized during arrests, in this case, the process doesn’t seem like it’s geared to actually address the problem of illegal e-scooter use.

In one case mentioned by NOS, law enforcers seized a device without any warning or formal citation. The individual in question was originally told his e-skateboard would be destroyed, but it later appeared on a government auction site. The original listing didn’t include a warning to buyers that using the skateboard on public roads is illegal. That individual is now bidding on the auction to buy back their e-skateboard.

This isn’t a unique case either, according to a group that’s lobbying for the legalization of e-scooters and e-skateboards more than 30 individuals self-reported that they had their devices seized on first arrest.

It doesn’t seem entirely fair to be penalized so heavily for what is a fairly low-level first offense. What’s more, according to a Dutch government website, e-scooter and e-skateboard riders should be issued a warning or a €260 ($282) fine first, only after being stopped a second time for the same offense should the device be seized.

Given that recent research found e-scooters to be as safe as cycling, it certainly seems like a heavy-handed approach from Dutch law enforcers. All we can do is hope the Dutch government redresses e-scooter regulation soon.

Update, Tuesday, February 25, 1127UTC: The piece has been updated to include credit for the organization that originally uncovered this situation. Legaal Rijden, is a Dutch group lobbying for e-scooters, e-skateboards, and the like.