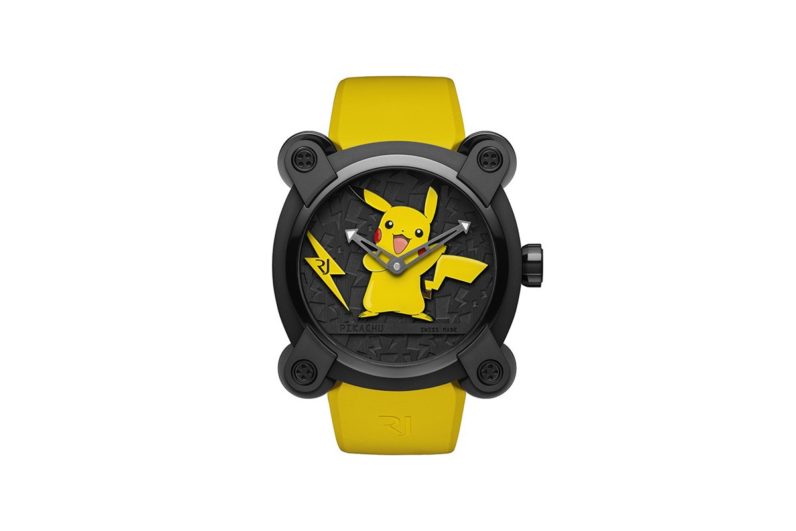 Even though I’ve been done with Pokémon Go for a while now, I get that there are still a bunch of people hopelessly addicted to the game. Walk around any big city park and you’ll see players flock around Pokéstops and Gyms, trying to become the best of a steadily declining userbase.

On the other hand, the franchise has never been as popular as it is today. Thanks to its recent revival, we’ve seen everything from themed sex toys to weird 3D videos.

Luxury watch brand Romain Jerome thought it would be a great idea to start selling a Pikachu-themed watch to mark the series’ 20 year anniversary, but kindly forgot to give the product any real reason to exist. The $20,000 costing timepiece is not only incredibly ugly, it also doesn’t serve any kind of audience.

The copy on its website is ridiculous, with the company talking about Pikachu as if it fits the watch brand like a glove:

The most well-known Pokémon character is the centerpiece, taking up the entire dial with a big smile and inviting pose. Placed on top of the dial, the appliques representing the famous Pikachu and the lightning bolt have been delicately hand-painted in yellow cold enamel.

But let’s face it for a second — this watch might be the ugliest timepiece around. The combination of the bulky, overly masculine black frame with the bright yellow cartoon character doesn’t make any sense. To top it off, you get a special ‘Pikachu yellow” vulcanized rubber strap to complement the hard enamel figure.

If you have that killer combination of being filthy rich and lacking any sense of style, it might be for you. I mean, some people are rich and crazy enough to buy eight iPhone 7s for their dog, so it’s possible that a market indeed exists for ridiculous accessories like this.

There are only 20 watches being made, so be quick if you’re looking to spend some serious money on a watch with a Pokémon on it.

Would You Pay $20,000 USD to Own This Limited Edition Pokémon Watch? on Hypebeast

Read next: Apple: 90% of 'genuine' Mac chargers and cables sold on Amazon are actually knockoffs