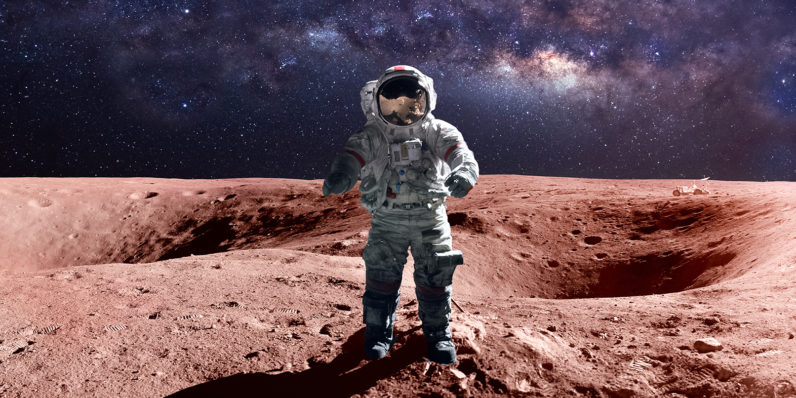 At CES this year, T-Mobile’s outspoken CEO John Legere said people on Mars would ‘go insane trying to understand the stupid, broken, arrogant wireless industry.’ Seems he’s now trying to send someone there to explain it.

After hitting the three million follower milestone on Twitter, Legere wants to send you to Mars. Of course, there’s a few minor roadblocks between now and the time you pack your Martian blaster.

When I joined @TMobile, people thought I was from Mars. I want say thx in an out-of-this-🌏-way for believing in me! https://t.co/W4X2ofKoBW pic.twitter.com/OWFwcOXRSv

It’s no secret that Elon Musk has Mars aspirations. As early as 2018, SpaceX plans to send its ‘Dragon’ cargo capsule to the red planet atop its ‘Falcon Heavy’ rocket. Humans could follow a few years later, as early as 2024. If it comes to fruition, the trip would culminate with humans setting foot on Mars a year later, in 2025. It’s not exactly a flight from LA to Denver.

If successful, Musk says it could lead to SpaceX sending civilians to Mars at a cost of just $200k. Presumably, that dollar figure will pay for return fare, as well. It’s not clear, however, whether in-flight WiFi is better than Gogo, but at this point it’s safe to assume that anything is.

Technical challenges aside, Legere could have bigger hurdles in getting a human to Mars. The tweet announcing the move has to be retweeted 1 million times. It’s off to a good start, with over 1,100 retweets, but a million might prove to be a moonshot. Luckily, there are backup prizes in place.