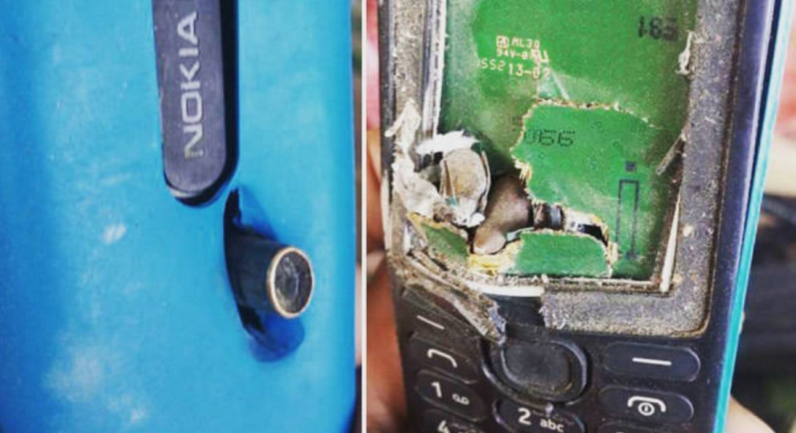 Nokia phones are indestructible, or so the legend goes. The classic meme shows how the 3310 has a reputation of being one of the strongest phones ever made.

But last week, a Nokia 301 got the ultimate strength test — being hit by a bullet.

The following picture was shared on Twitter by Peter Skillman, a Microsoft employee that used to be on the team that worked on the phone. It shows how the bullet got stuck in the middle of the phone’s body, demolishing it completely but keeping its user out of danger.

A Nokia phone I worked on a few years ago saved the life of a man in Afghanistan last week. The embedded bullet…. pic.twitter.com/O2zBxadkDO

It’s an impressive display of the phone’s structural strength, and it might have even saved someone’s life. The accompanying text says it helped an Afghan man’s life, which is something we’re still trying to confirm.

As it turns out, Nokia phones have a history of saving lives. Two years ago, a Lumia 520 stopped a bullet from lethally wounding a Brazilian police officer.

Read next: Flo is a smartphone-based thermometer with a nifty little trick