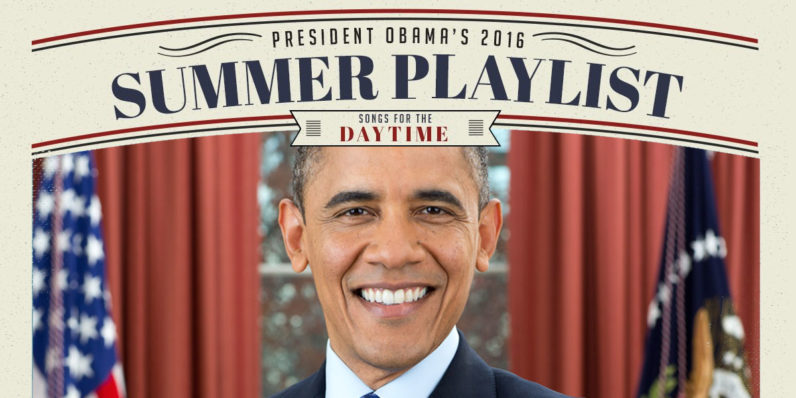 Last summer, Obama released a pretty spectacular summer playlist on Spotify. This year he’s back at it with more choice pieces to keep on repeat.

Been waiting to drop this: summer playlist, the encore. What's everybody listening to? pic.twitter.com/mqh1YVrycj

There are some returning artists like Miles Davis, Billie Holiday and Aretha Franklin, but also plenty of great new choices.

As before, the playlist is divided into daytime and nightime lists. Here they are in full:

You can listen to the Daytime Playlist on Spotify here, but the nighttime one isn’t up on yet as of writing.

Question is, can the POTUS compete with our own summer playlist? We’ll let you decide.

Read next: Even Siri is playing Pokémon Go