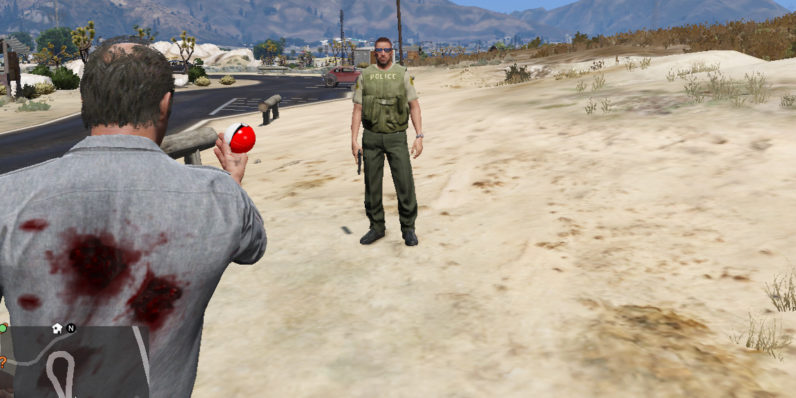 George Costanza may have been the master of combining many of his passions, and although it’s not for everyone, he was certainly onto something.

Which brings us to Poke Ball. This clever free mod for the epic open-world game GTA V lets you play Pokémon in the fictional city of Los Santos – only, it’s a lot less cute than the original.

Essentially, you’ll be able to use Poke Balls to capture non-playing characters and have them fight your enemies for you. But you’ll need to hurt them pretty badly before you catch them, otherwise they’ll quickly escape.

It’s a fun little mod to try if you want to change things up a bit. But don’t expect gyms and Pokéstops – all you get are six balls to capture NPCs so they can help you out in a pinch.

You can download the mod from this page to get started.

Read next: No Man's Sky gets a ton of changes with its huge day one patch