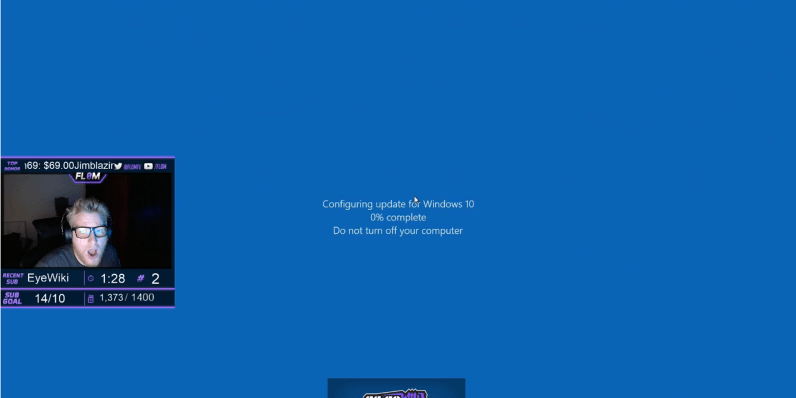 It was only last week that a weather reporter on KCCI was rudely interrupted live on air by a prompt to upgrade Windows to a newer version of the OS, and now a pro gamer’s live stream has fallen victim to Microsoft’s perpetually annoying updates.

Erik Flom was broadcasting his gaming session to his more than 130,000 followers a few days ago when updates, which he appears to disable just minutes before the incident, shut down his PC while he’s mid-game. It’s one thing to get a prompt for installation, but it’s quite another to just shut down the computer without any warning while it’s actively being used.

The stream has been viewed more than 120,000 times, including the live viewers that had to sit through a double update.

What!? HOW DID THIS HAPPEN!? Fuck you, Windows 10. Let’s see if we can maybe get this back. Hurry up! Fuck!

God, you have one job PC. WE TURNED OFF EVERYTHING.

Handily, the whole thing was captured on a second device that was recording his gameplay, so you can check out the full nine hour session for yourself. Hardcore.