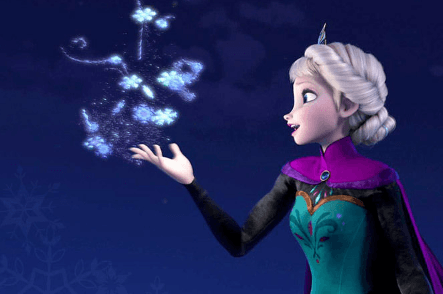 Though the Web – and particularly social media – can often feel like a sad or angry place and not always welcoming of minorities, a hashtag started by Twitter user @lexi4prez proves that sometimes good ideas can come out of the crowd.

Having failed LGBT campaigning organization GLAAD’s annual Studio Responsibility Index for character representation in Hollywood films, many have taken to Twitter to suggest Disney’s mega-hit Frozen should include a lesbian relationship.

And given that LGBT characters, where portrayed, are only given minor roles, snow queen Elsa seems like the ideal candidate for Disney’s first princess and princess love story.

#GiveElsaAGirlfriend because 1 in 5 kids are queer, but only 1 in 10 feel safe enough to come out.

And this is how cool it could look.

We’ve contacted Disney to find out if this is something it is considering for Frozen 2.

Next campaign, for me at least, is to make Disney a republic #DownWithPrincesses.

Read next: Apple and Google are waging a war for mobile search domination