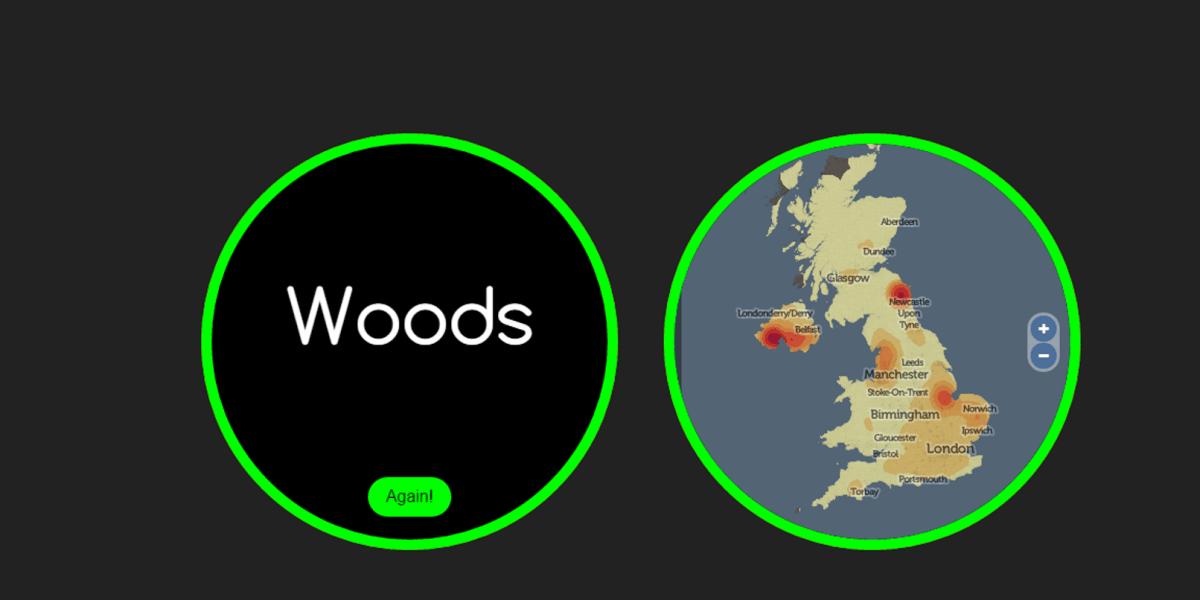 If you’re the sort of person who’s interested in finding out more about other people with your surname – so that’s pretty much everyone – then the ‘Named‘ project by PublicProfiler will be right up your street.

In a nutshell, just type in your surname, hit search and it’ll show you a heatmap of the UK that contains the most instances. It’s simple and won’t even distract you from work for very long – unless you decide to dive deep and start typing in random surnames.

If you have an ultra-rare surname, fear not as these were excluded to protect your privacy- ‘Mystique’.

However, some of the names listed among the rarest in the UK are still shown in our testing, so it’s hard to say exactly what (that’s actually a real surname) has been excluded. Nithercott isn’t a name I’ve come across in England before, yet it’s listed as popular in London.

For me, who grew up in Somerset in the South West of England, it wasn’t so accurate – though there is one outcrop of ‘Woods’ in a neighbouring county, so it got sort of close.

If you’re not from the UK and still want to play along, you’re welcome to try your names too to see where you might have come from if you did live in the UK – though obviously we’d expect a lot not to be included.

Alternatively, there’s a world search option, but it’s not as well designed and requires you to enter your email address.

You can also enter two names (yours and your partner, for example) to get a prediction about where those two names crossover – or an indication of where your ancestors might have met.

Read next: This man used a clever trick to find out what users really thought of his app